"In 2004 I built and pedal called the Space Oddity. It was a two-in-one Tone Bender that simplicity switched from one Tone Bender circuit type to the next, namely a Vox type to a Professional MKII. It was quite crudely assembled but it did what it said on the tin. Advance in time to 2017 and evolution presents the D*A*M Fuzztron ZZ.3. Basically the same concept but constructed by more mature brain cells.
The ZZ.3 is in fact a three-way Tone Bender. It is able to switch from the Vox type, the MKI.5 and the Professional MKII. The unit contains a separate circuit board for each circuit type. Each switch setting is totally isolated from the next so no interference can occur between either circuit. The marker on the 'mode selector' control dial moves the span of the word 'FUZZ', with the beginning of the word being the Vox setting, the end of the word being the Pro MKII. This being a simple and tidy way of clarifying the switch selection rather than overly cluttering the face of the pedal.
Once a circuit or mode is selected the ZZ.3 then operates as that pedal. The overall output of the ZZ.3 in any mode setting is fractionally greater than you would find in its vintage counterparts, but only very slightly so, the tones contained within are tuned for the vintage connoisseur rather than being overly tweaked or modified modern versions thereof."

What started out originally as a few different ideas (some better than others), the Fuzztron was born. I first got in contact with the Captain about a custom MK1.5 which then got scrapped and my new crazy idea was a MKII with a selector for different trannies. Dave politely told me my idea was a pile of steaming Bantha poo. So then I requested a multi-fuzz box similar to the Space oddity or Tone Bender 3 in 1 (mainly due to minimalism and indecisiveness). After working out which fuzzes could be new house mates (no matt, a muff and MKII have different magic frequencies they wont get on together), the MKII, MK1.5 and Vox TB were the tenants chosen. The project was initially titled Voltron, after the anime, as I thought it was a fitting name for a MKII that was made up of different selections of trannies. After the multi-tranny monstrosity of a MKII idea was binned, I gave it a new name, one that was slightly more original: The Fuzztron. It was inspired by a Magic the Gathering deck called Urzatron which was also based off the Voltron name, but instead included Urza in the title, as the deck had to assemble different 'Urza' cards to come together. I am lucky as fuck to have one of these and I'm glad that there are more in the wild that others can enjoy too. Thanks Dave! 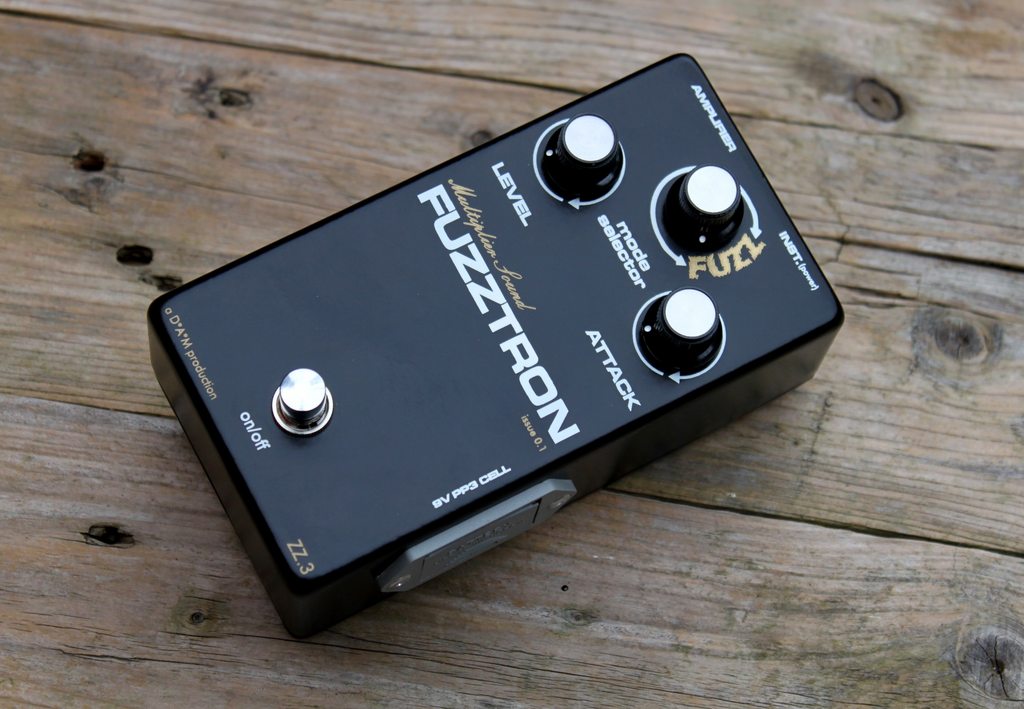 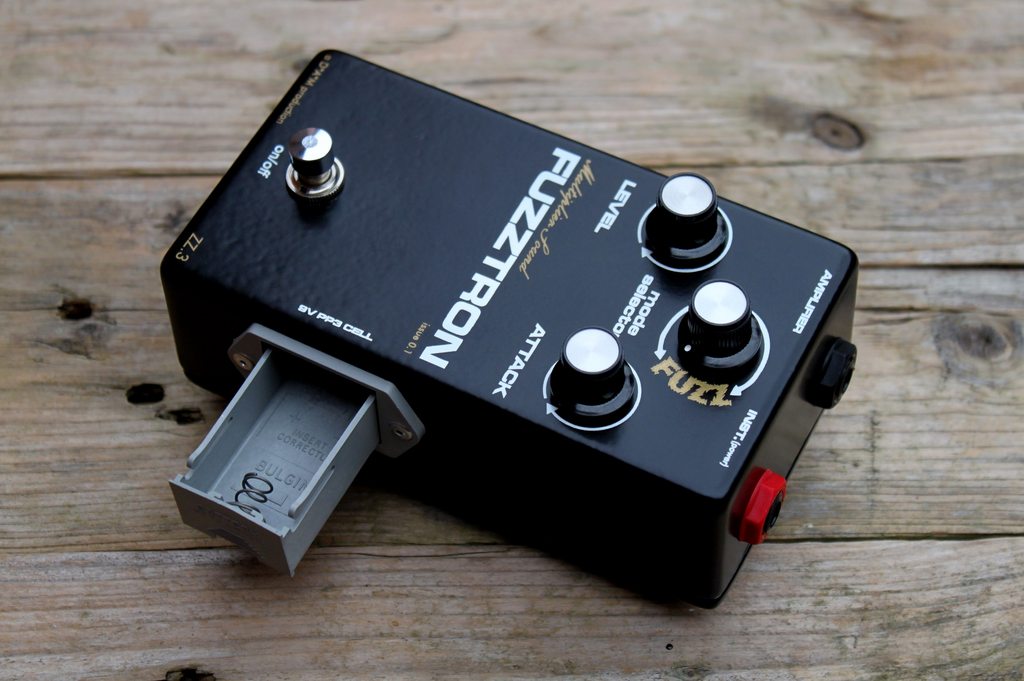 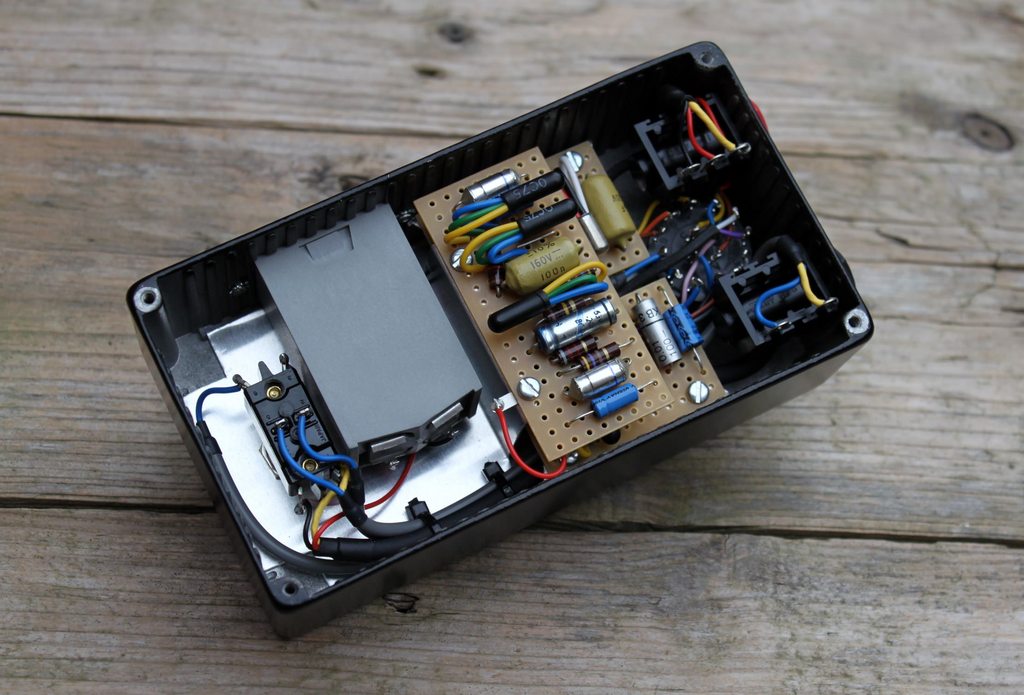 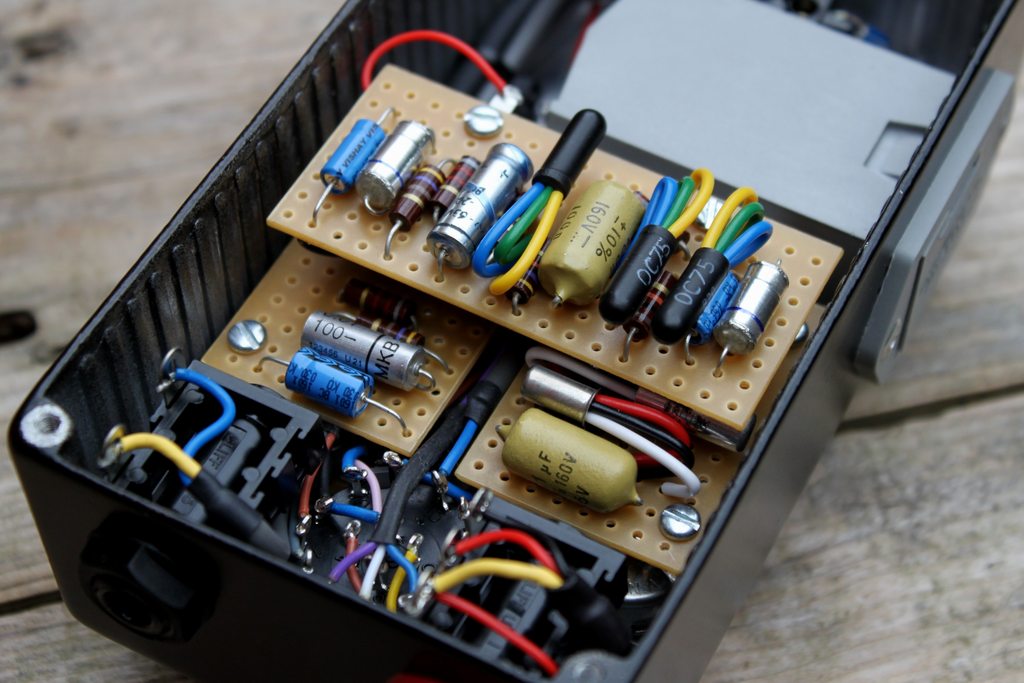 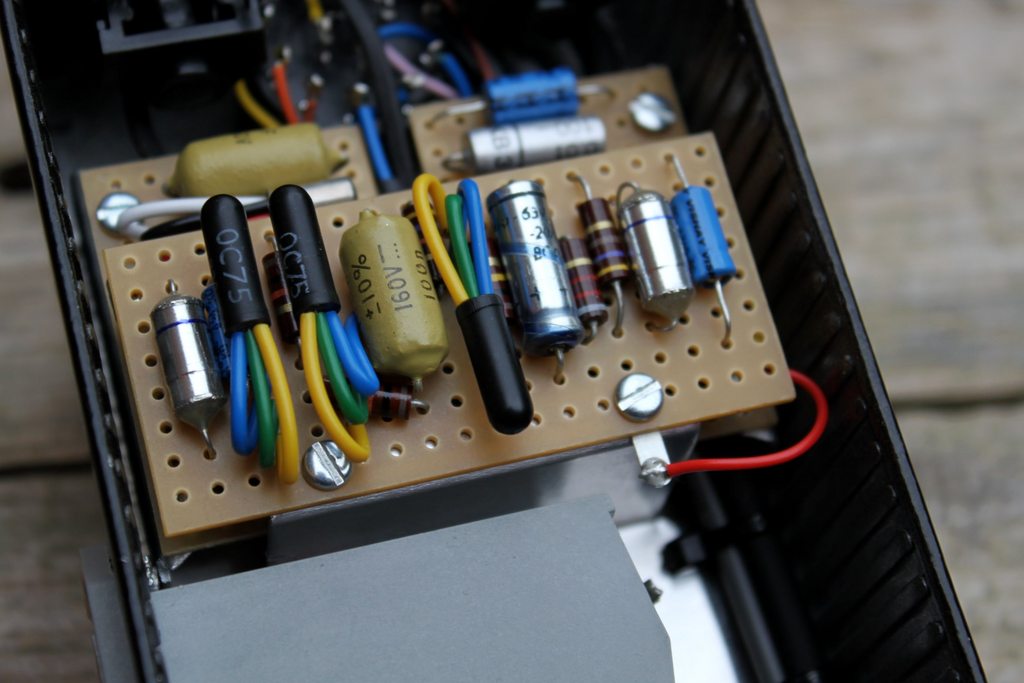 "These pedals are like women, when you need one there's none around. When you finally get in a serious relationship with one, they come out of the woodwork." -Turkish
Top