more tales from the poop bench

The model was advertised in a product catalogue from 1970 (credit to the WEM-owners club guy for finding/sharing). 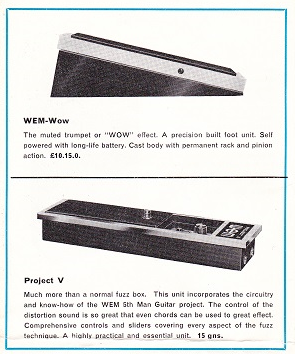 edit: found this scan in my files too. The Project V was also listed in Bell's 1969 catalogue. Think this might've been shared by the WEM-owners club guy as well, but can't remember.

Mine was (allegedly) bought brand-new in 1970 from Anderton's in Guildford (decades before the family would become synonymous with that utterly cringe-worthy YouTube channel).

There's a rumour that WEM had some sort of formal scientist of sorts involved with their R&D during the mid/late 1960s. Haven't been able to substantiate it yet though.

I'm not sure when exactly they started/stopped making these things, but most of the known surviving pedals are rather crudely numbered, and the date codes on the pots seem to work their way up in accordance with the numerical sequence of the pedals. This paints a limited picture of the time-scale (bearing in mind that these pedals were being built alongside WEM's mass-produced amps, PAs, guitars, Copicats etc). The numbers do show a wonky jump, that I can't make much sense of, because when you compare how infrequently these pedals resurface to the confirmed 5000 FZ-1's, it's difficult to believe that 1000 of these WEM boxes were built.

Not totally sure yet what the official battery arrangement was on these things. The pedal is built with fixed battery terminals, screwed into the case, to accept two cylindrical cells (thinner than PP4's) in series. Previous owner of my pedal recalled soldering the modern-ish battery snap onto my pedal himself, and reckoned quite specifically that it originally ran off a Mallory 8.4v cell. The battery terminals in the pedals measure exactly 10cm apart - exactly enough space for two of these cells, in series, so it's possible that this thing was designed for 17v operation?! I haven't found any 4.5v cells that match the dimensions of the battery terminals (yet).

Happy to report that I've had this pedal since 2016 and it's still mind-blowingly awesome. One of my favourite sounding fuzz pedals ever. Funny to think that while WEM were selling this monster of a pedal, all that Sola Sound were doing were cheap copies of the Burns Buzzaround 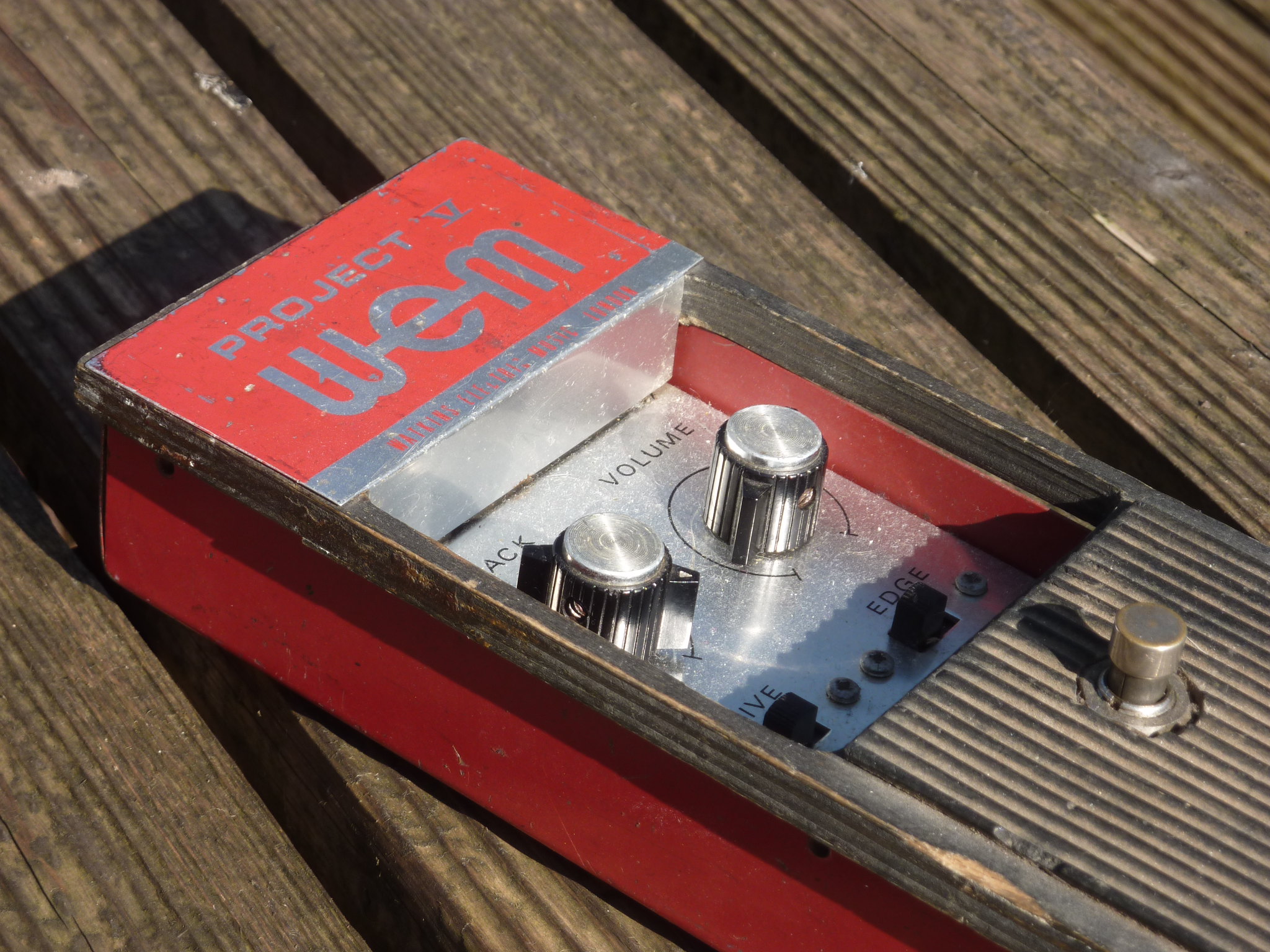 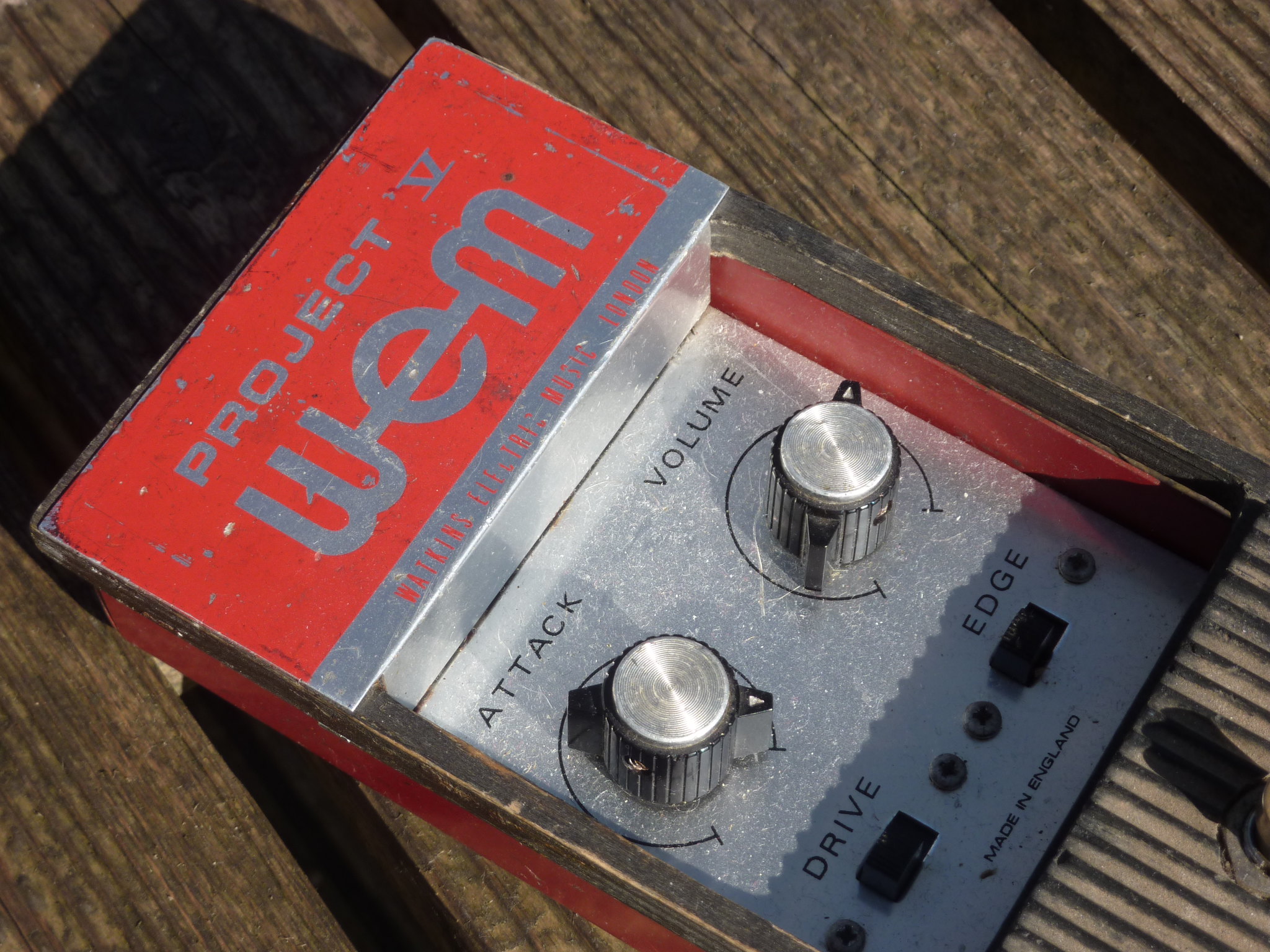 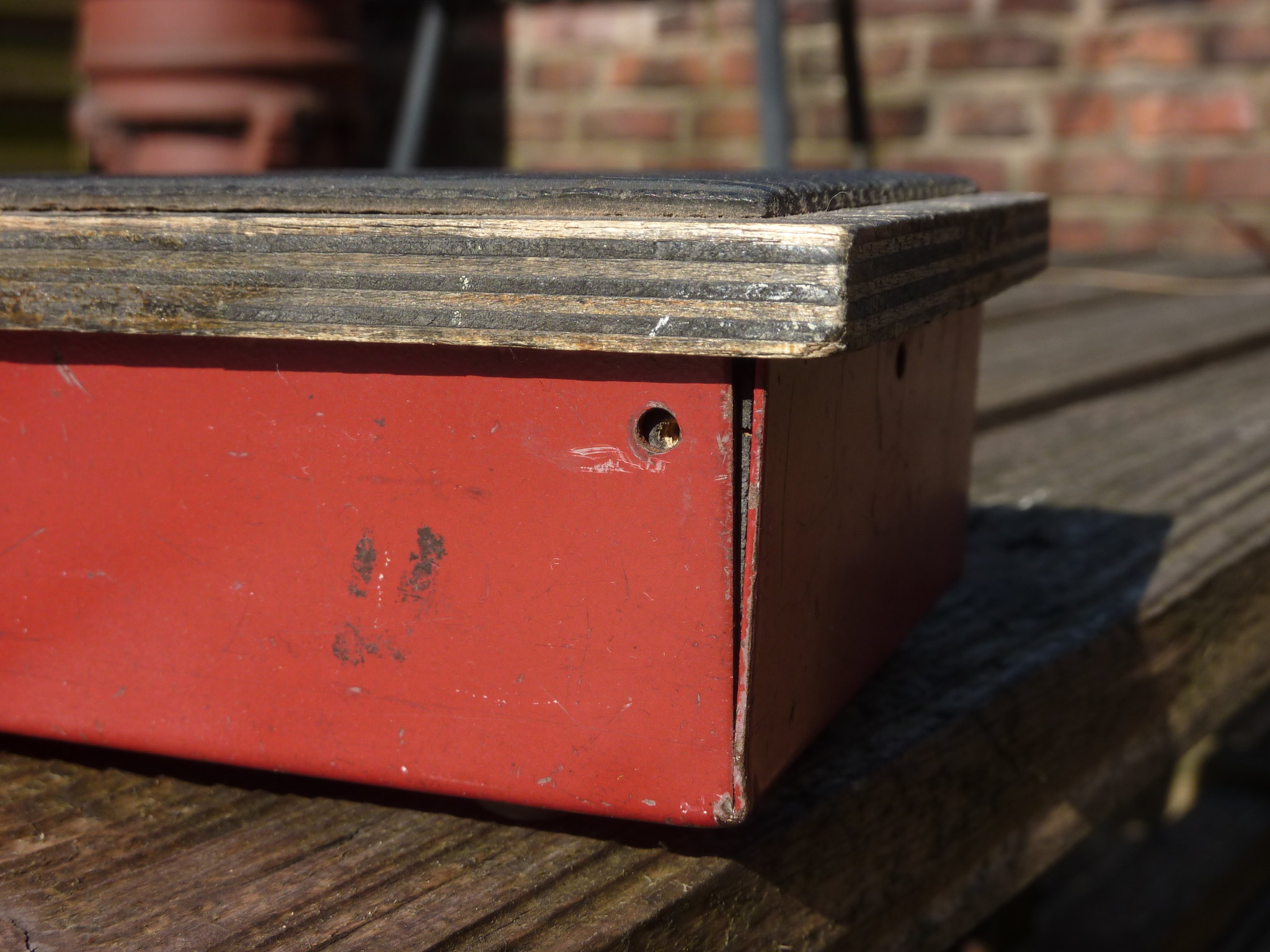 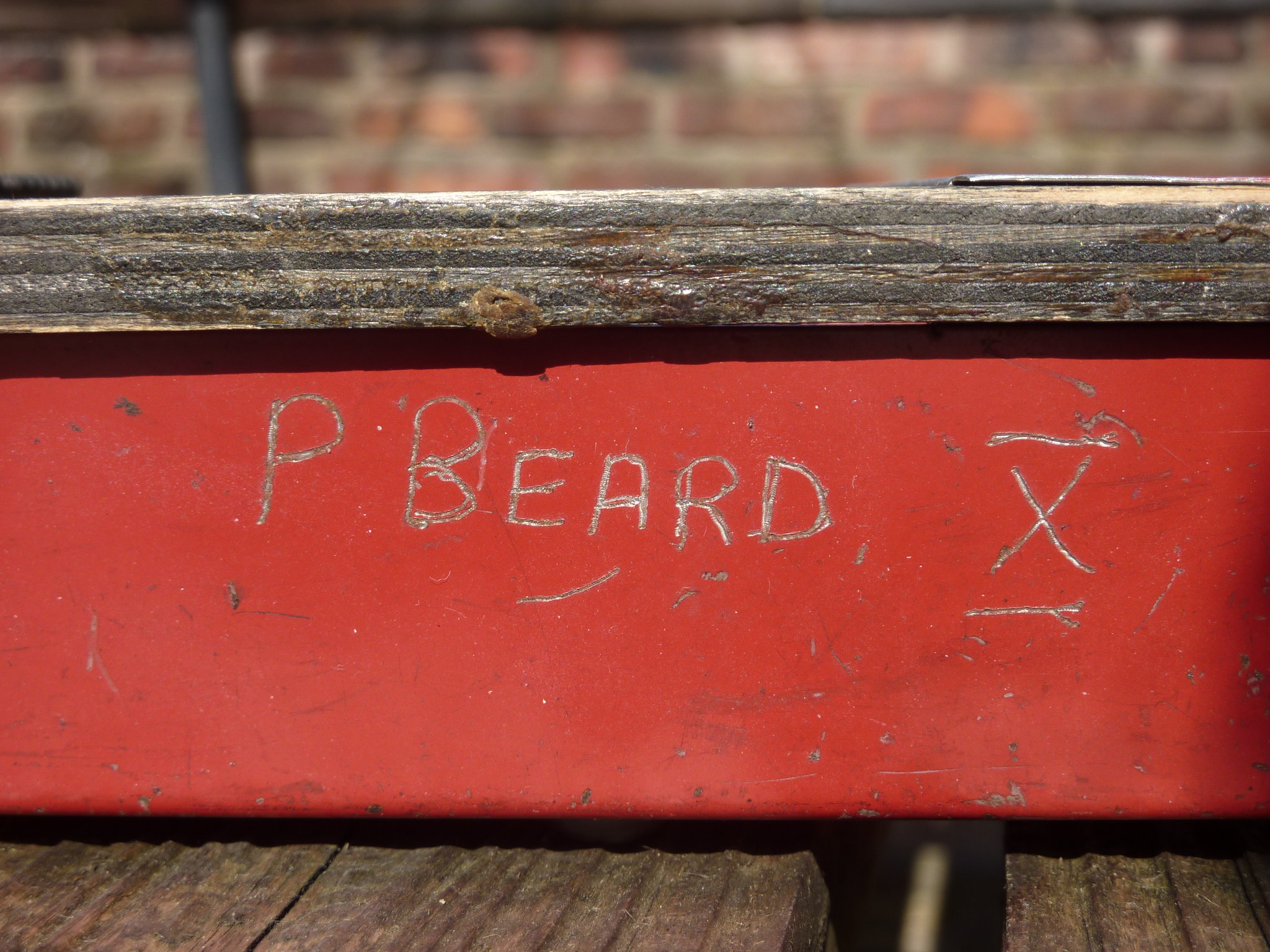 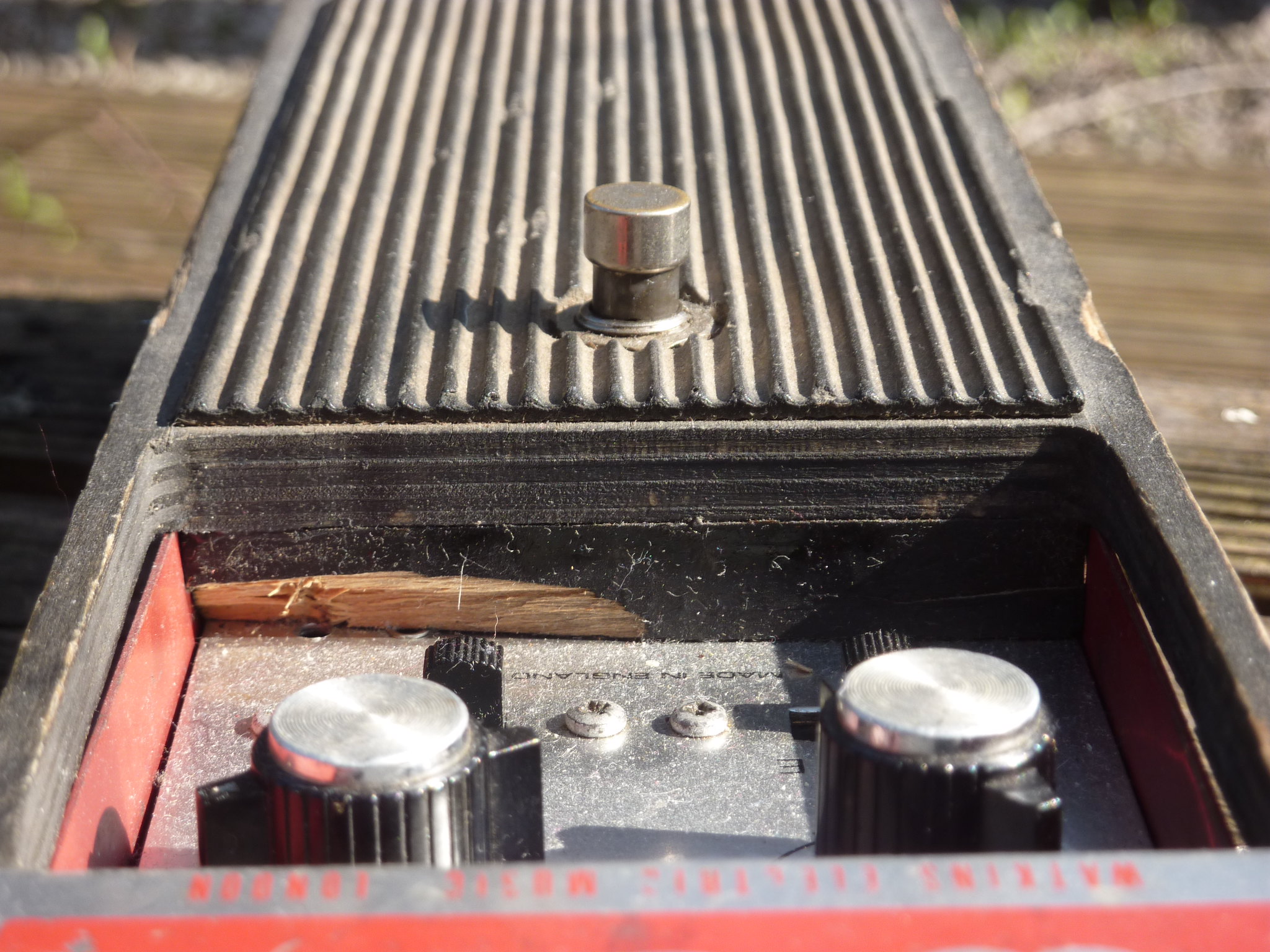 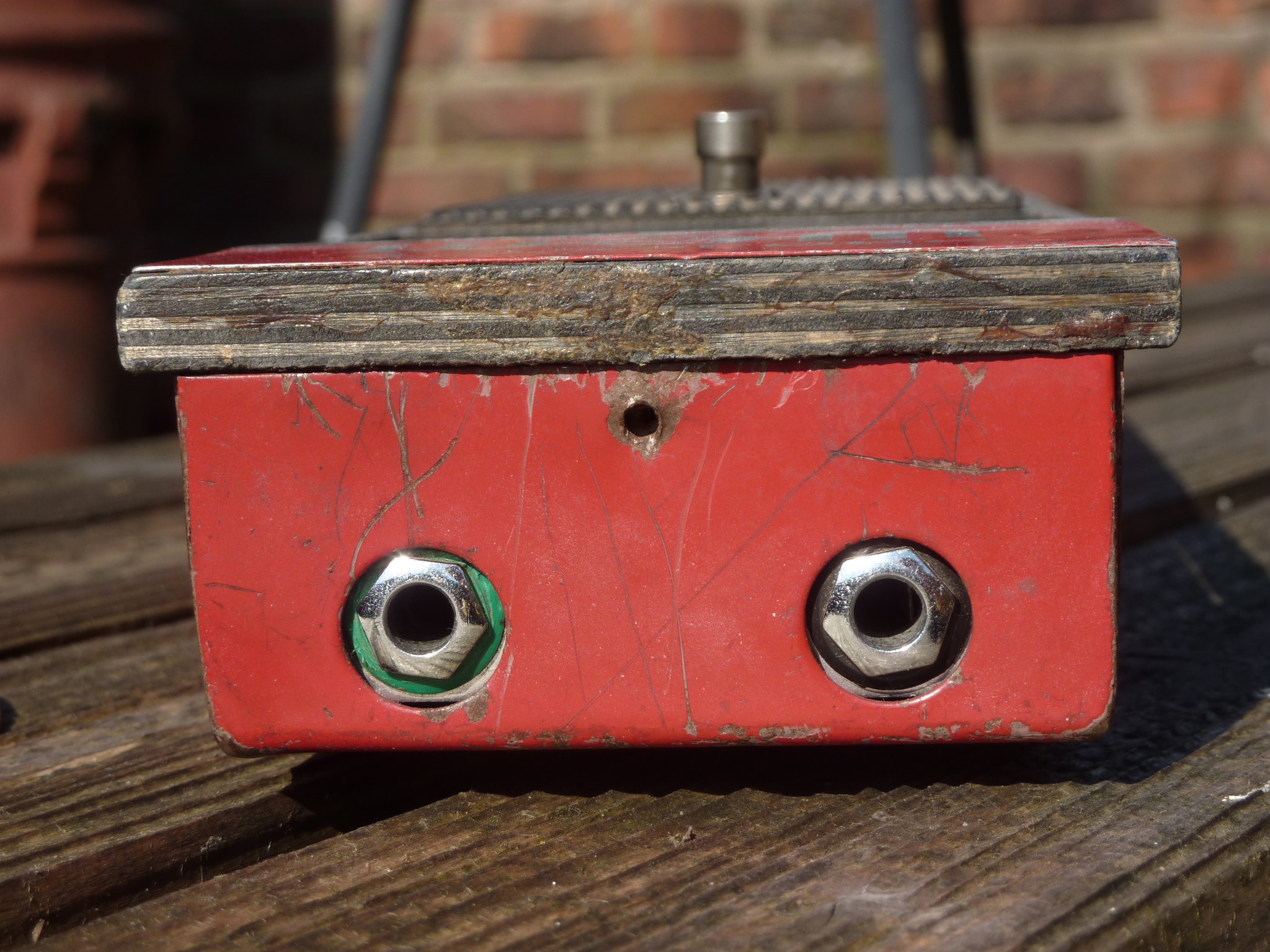 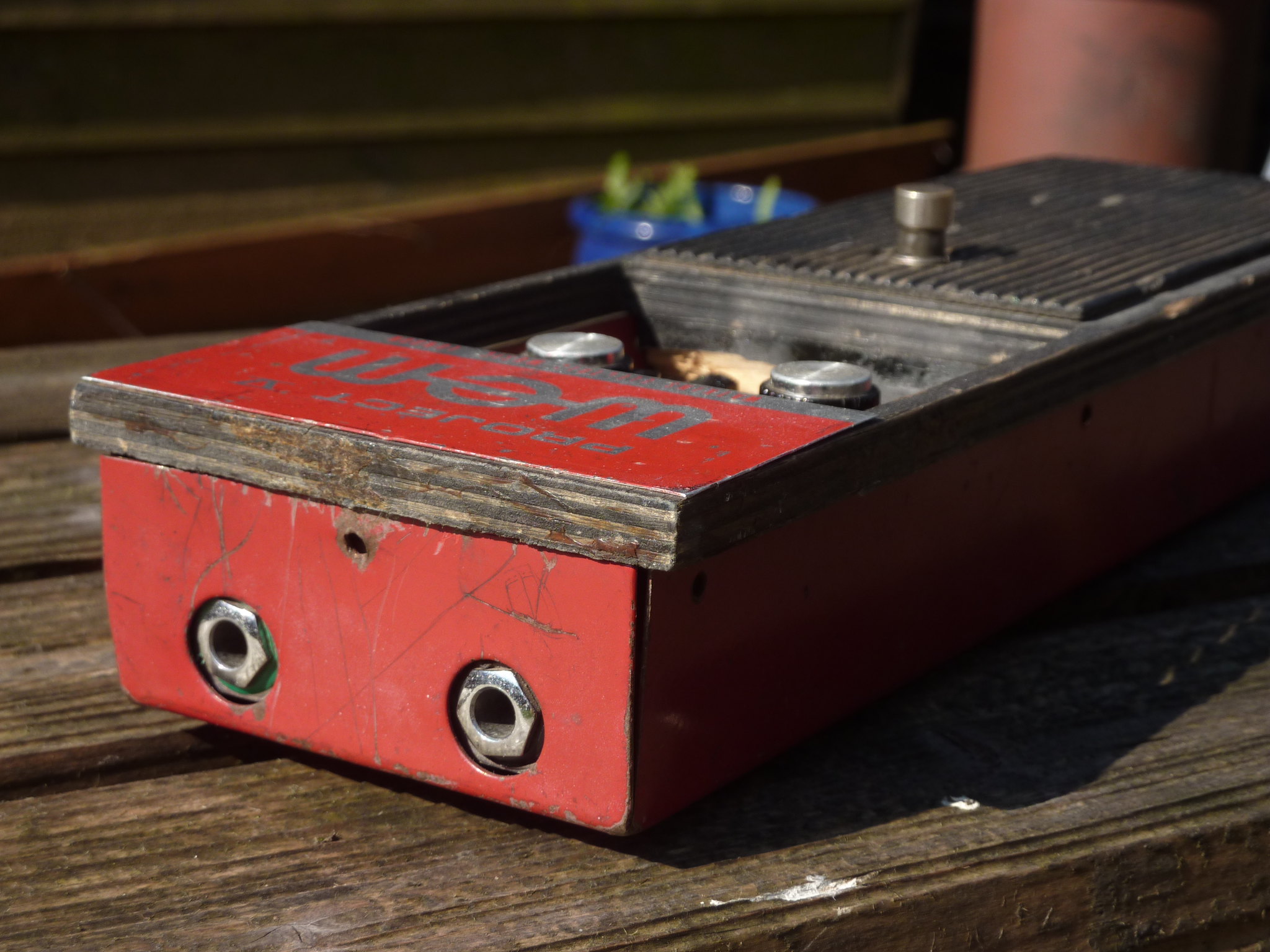 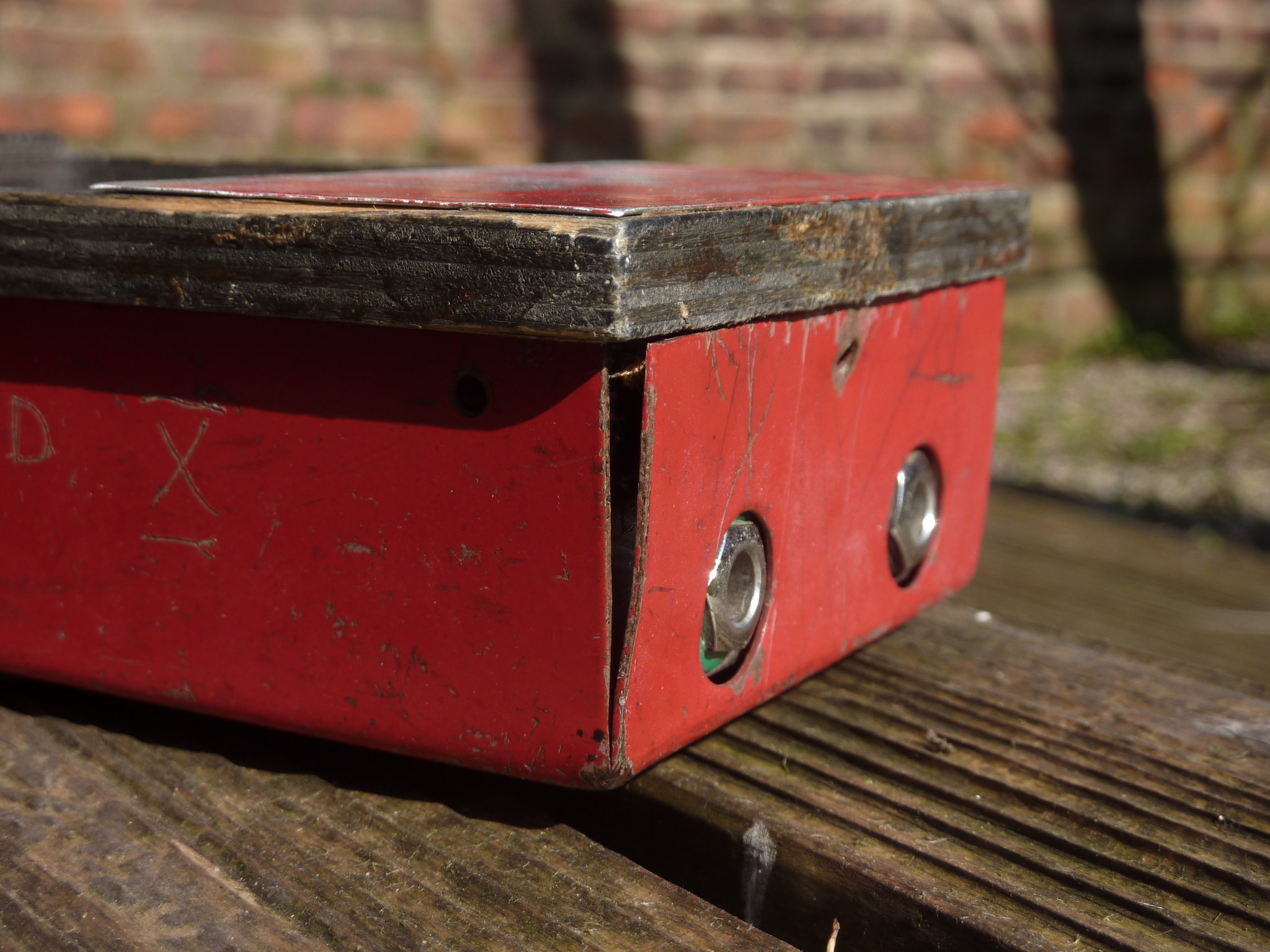 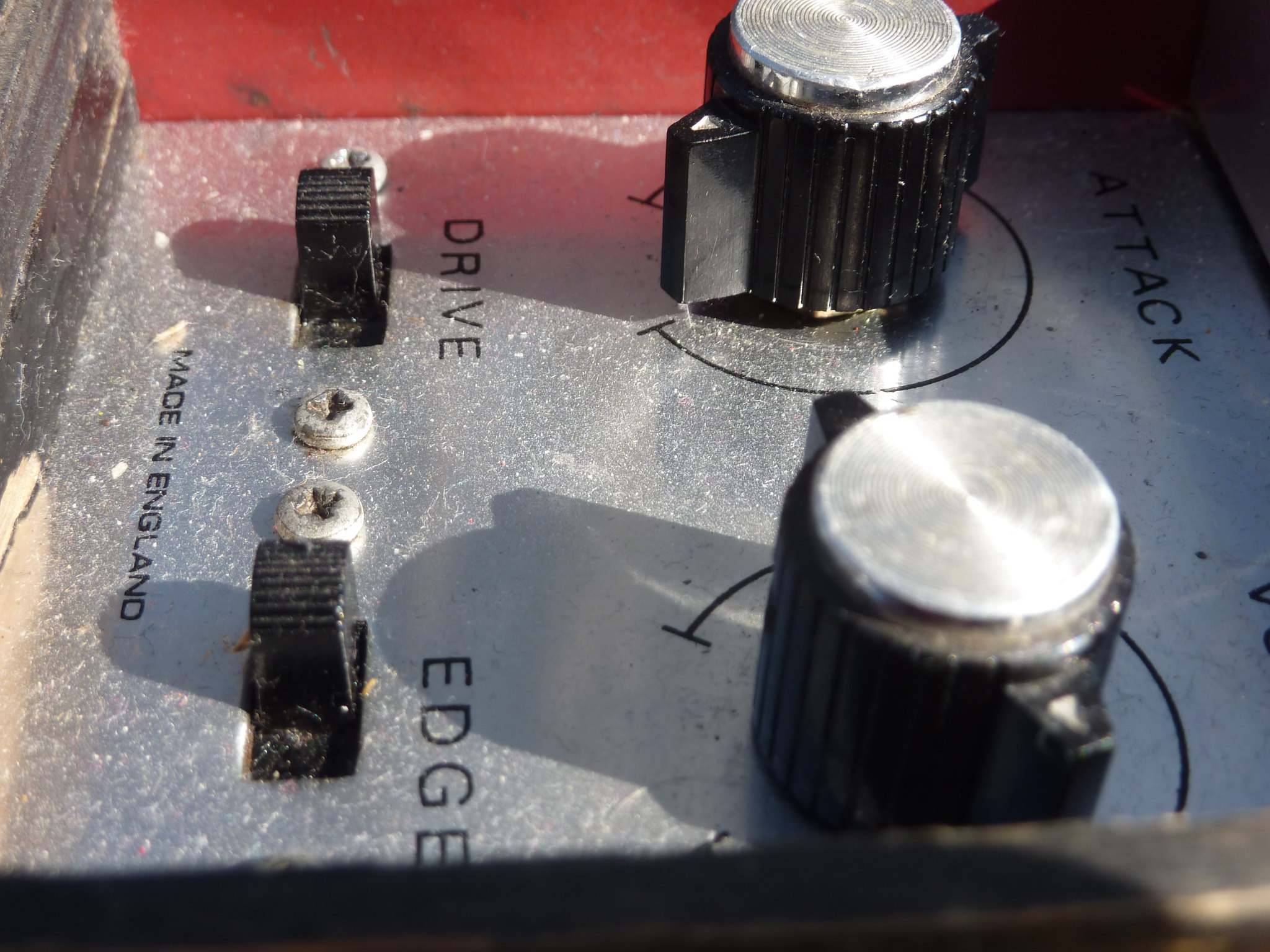 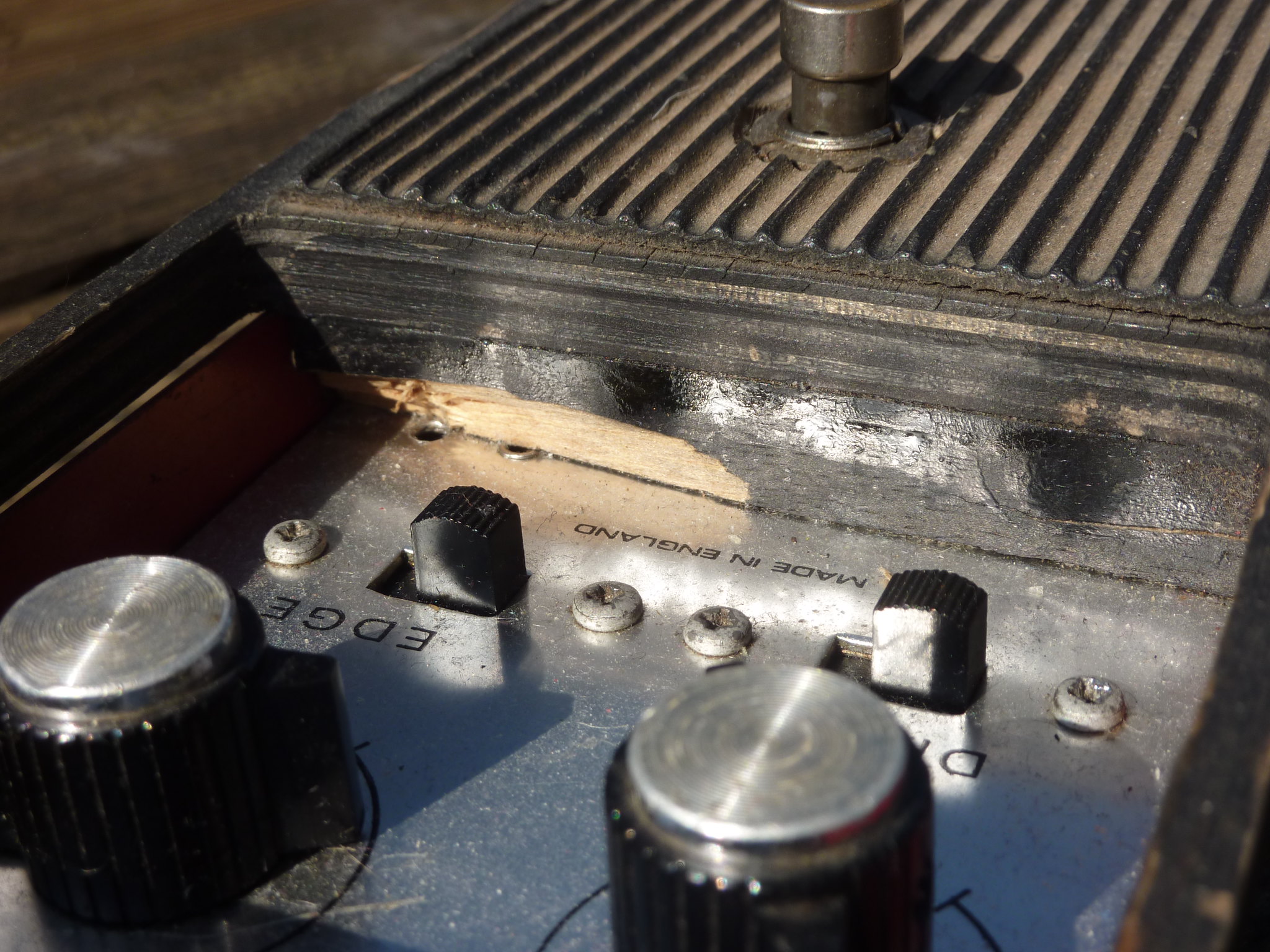 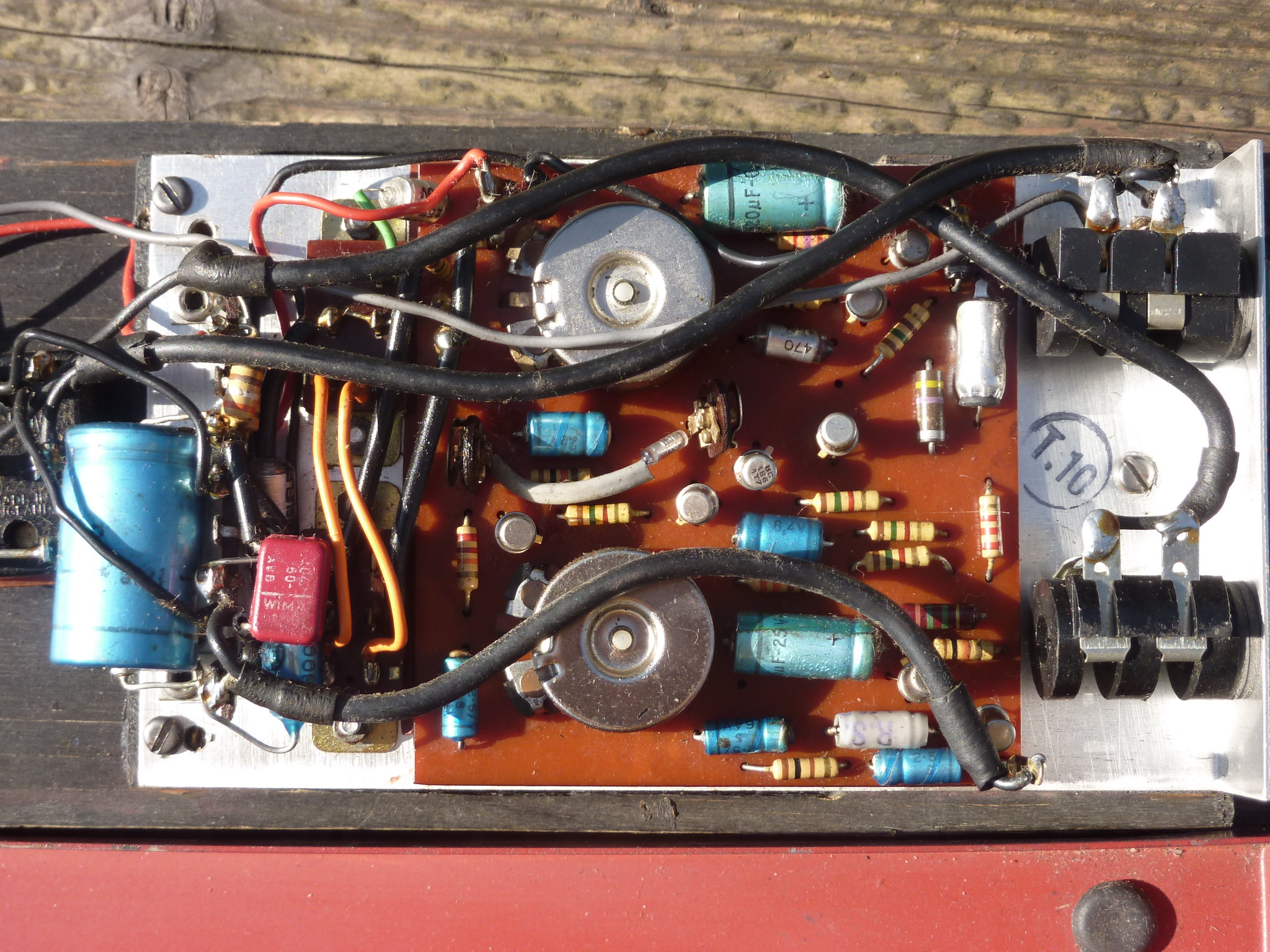 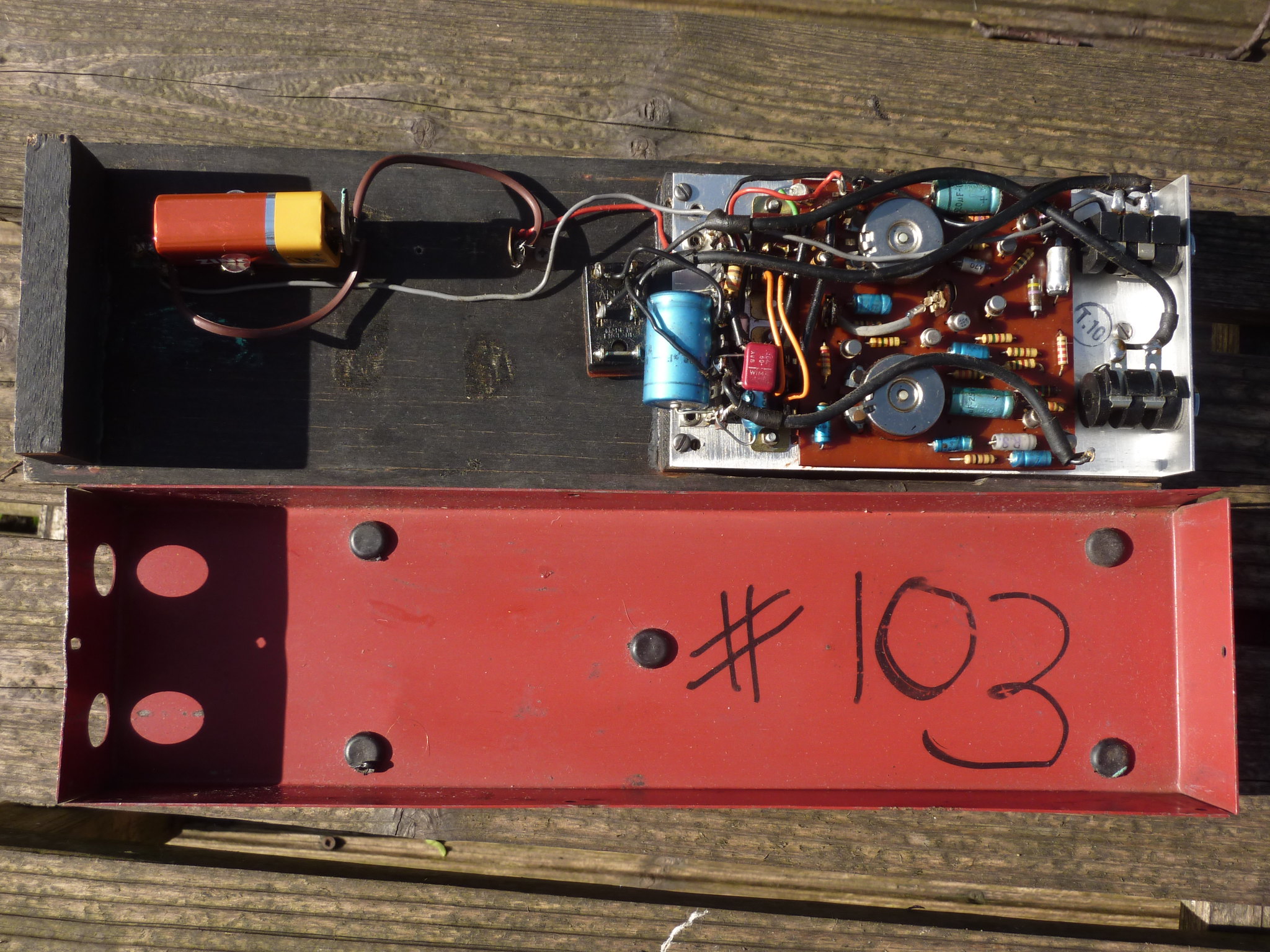 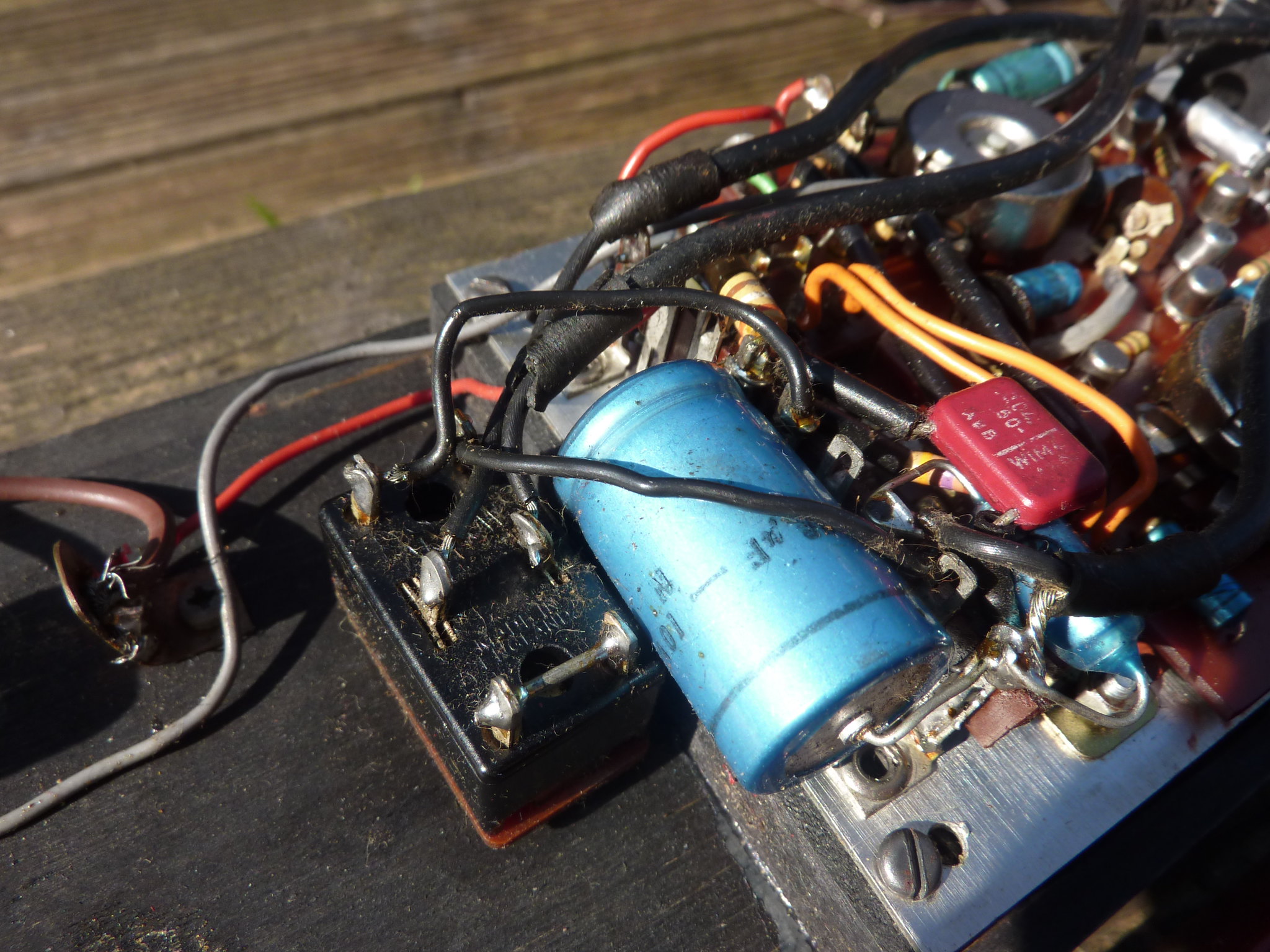 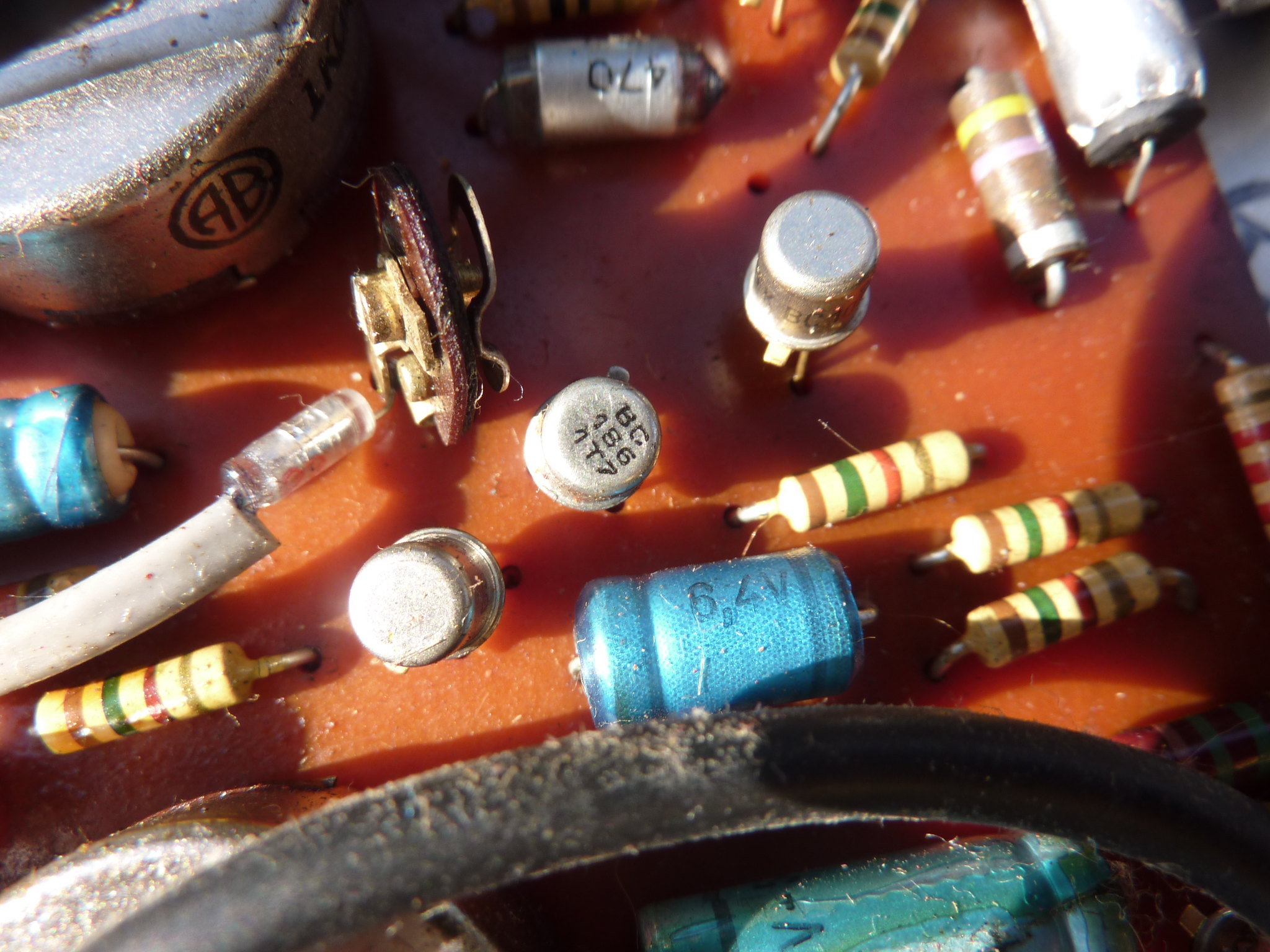 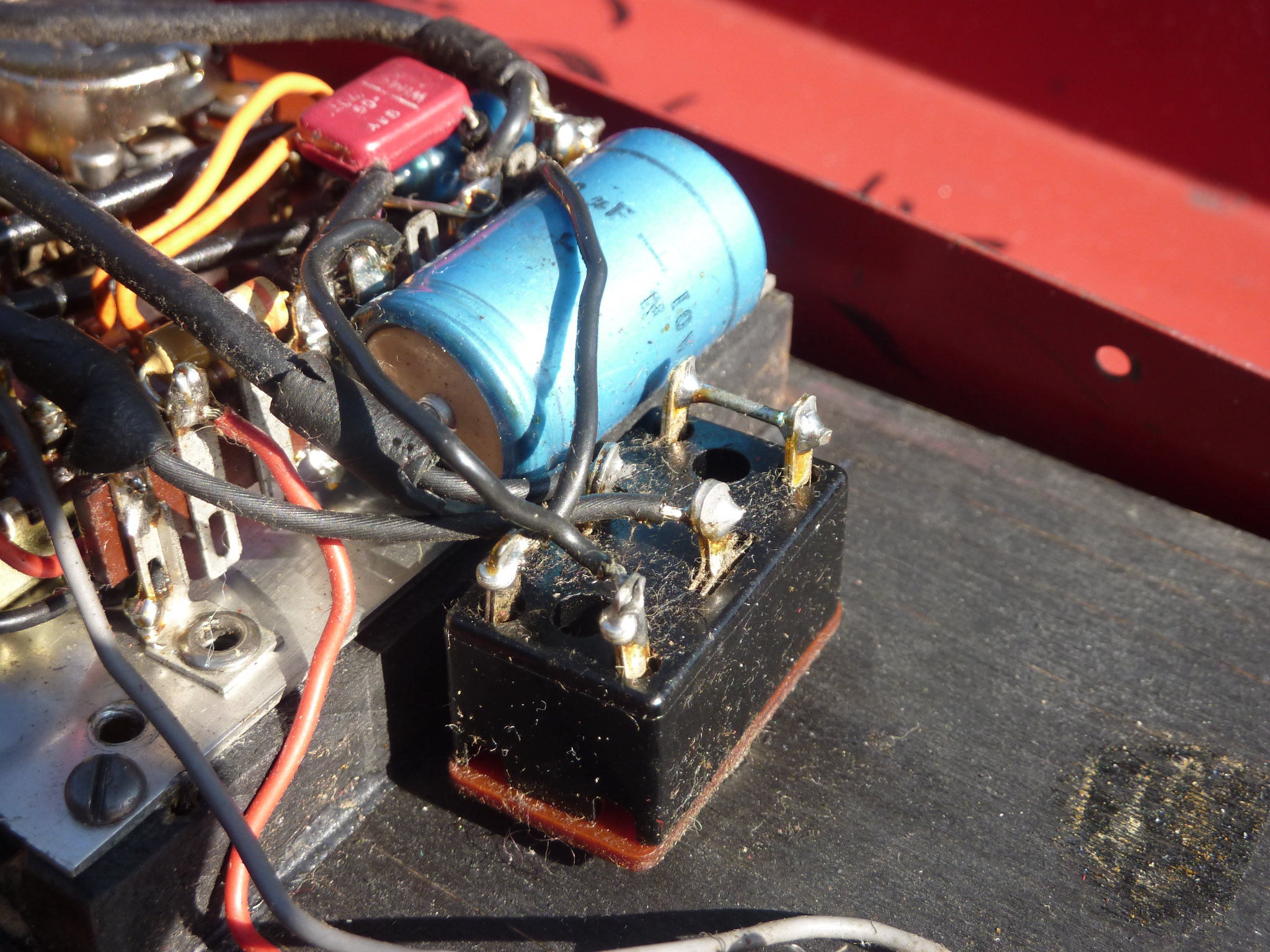 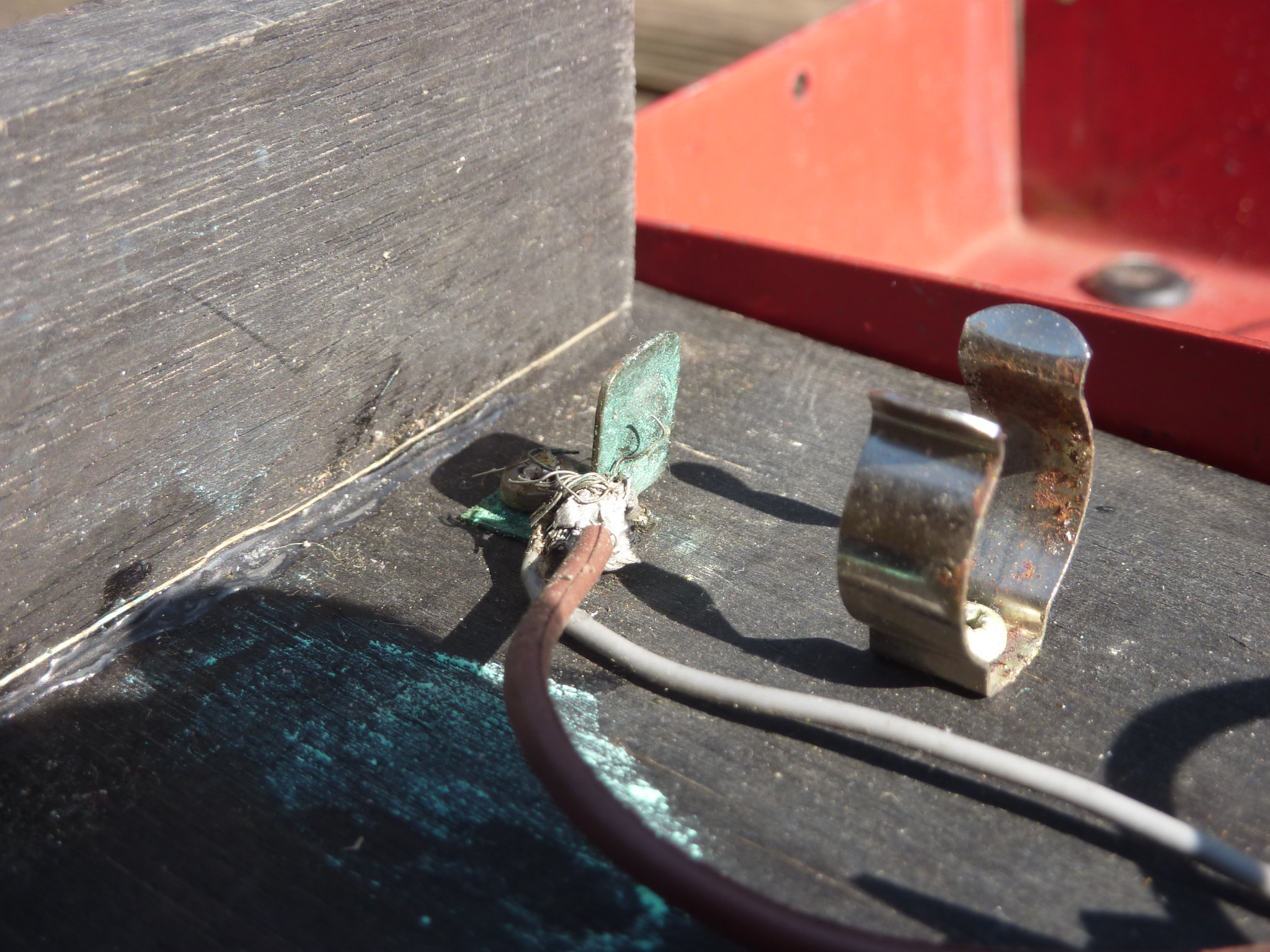 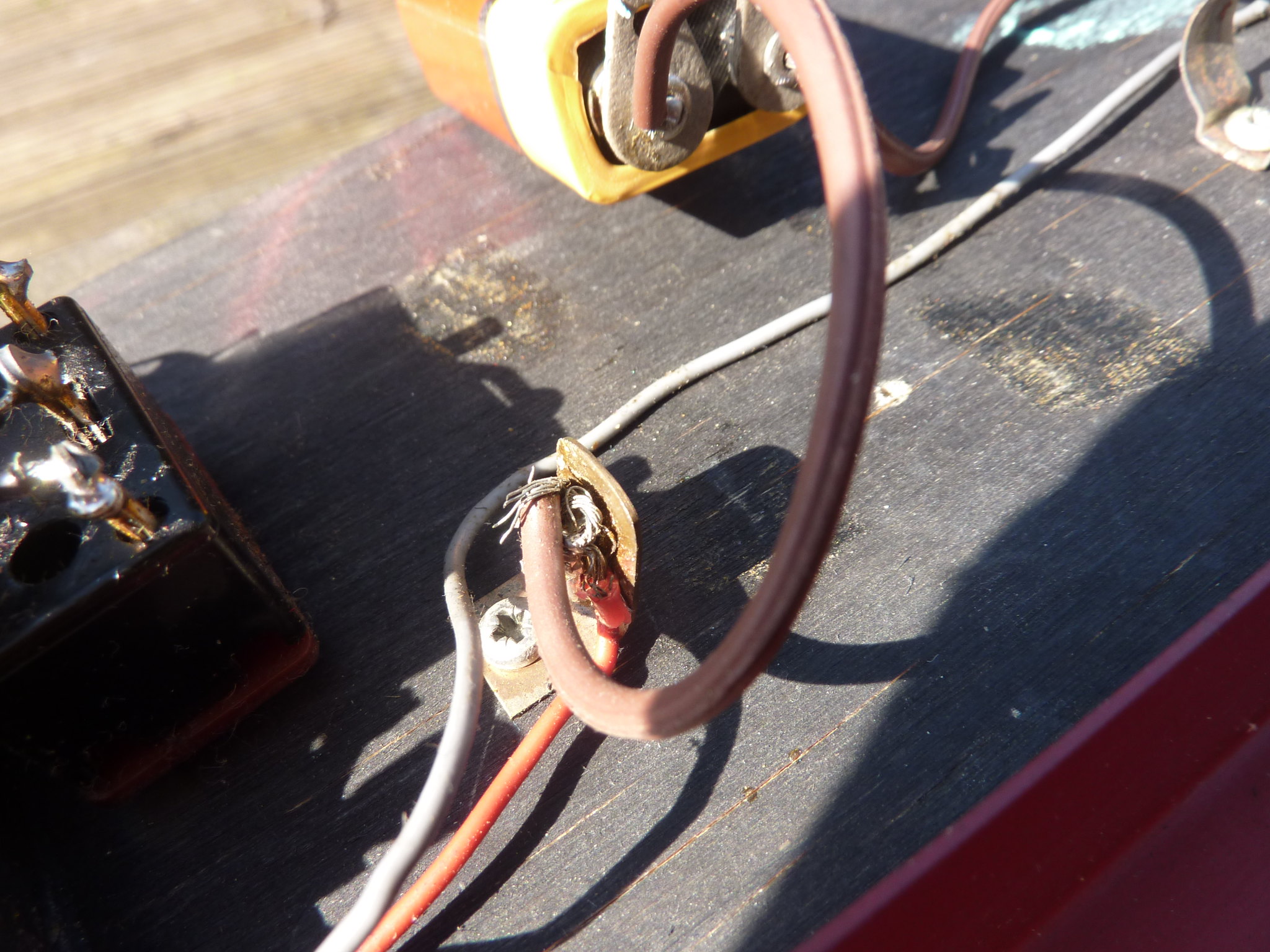 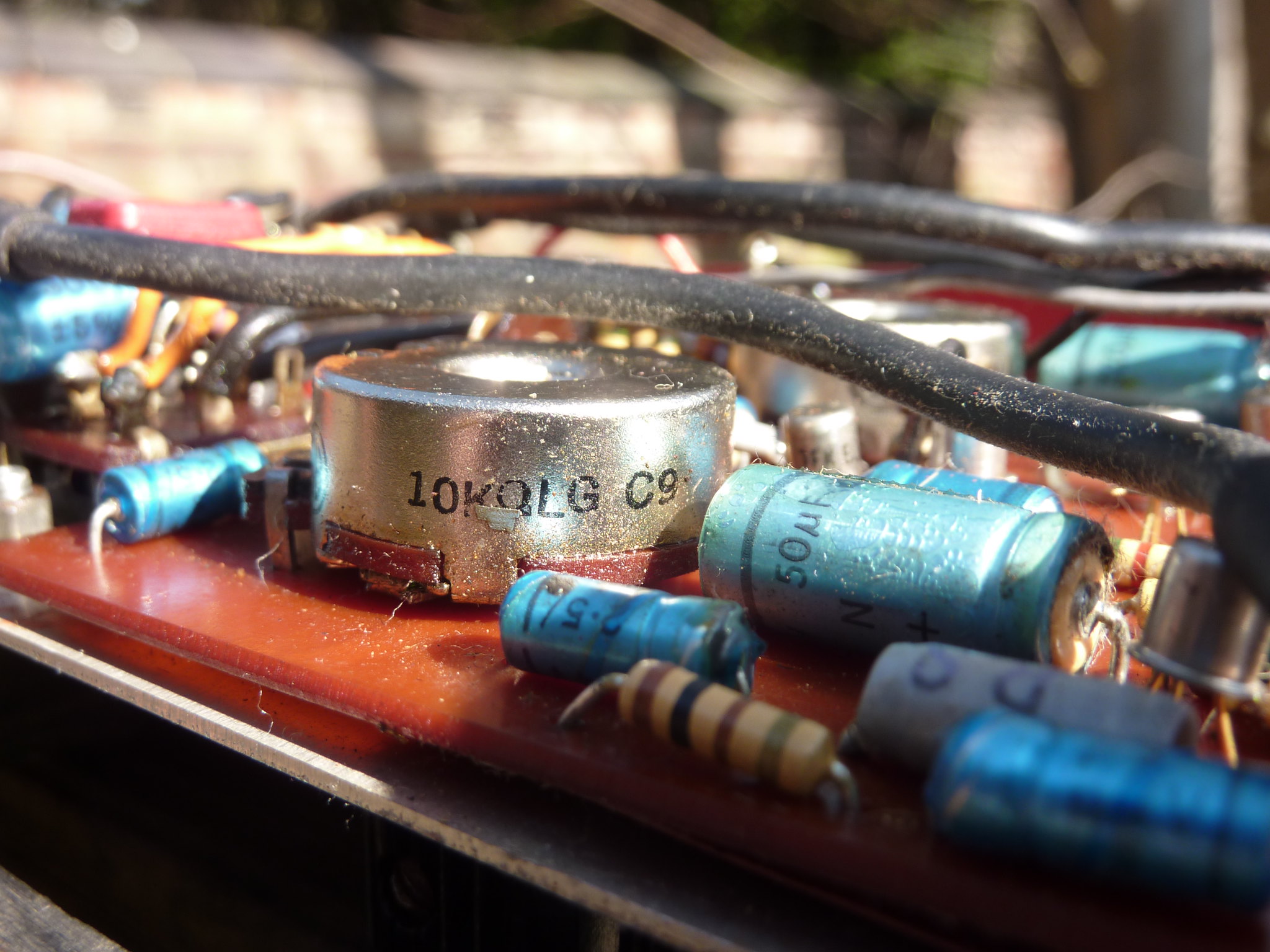 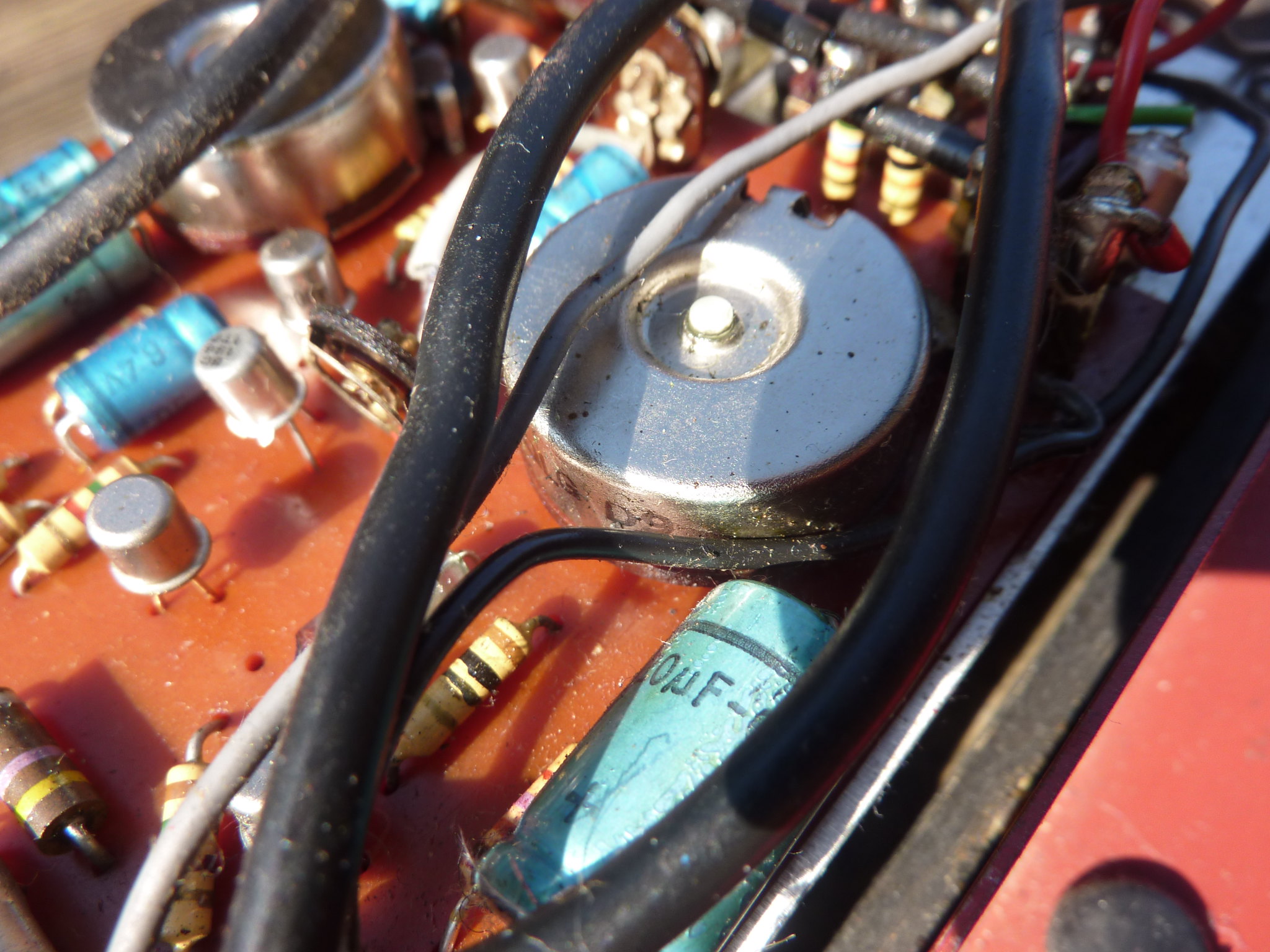 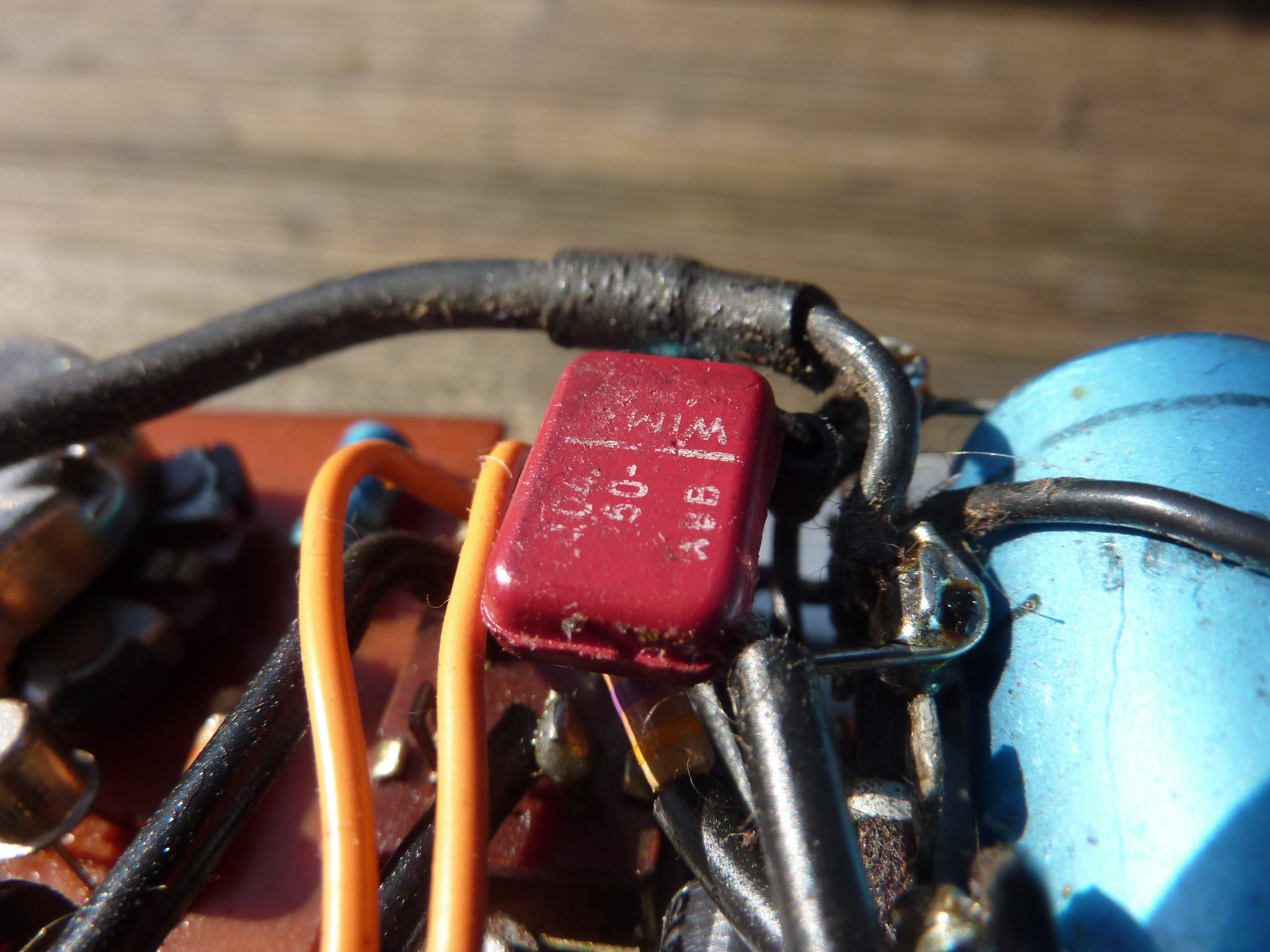 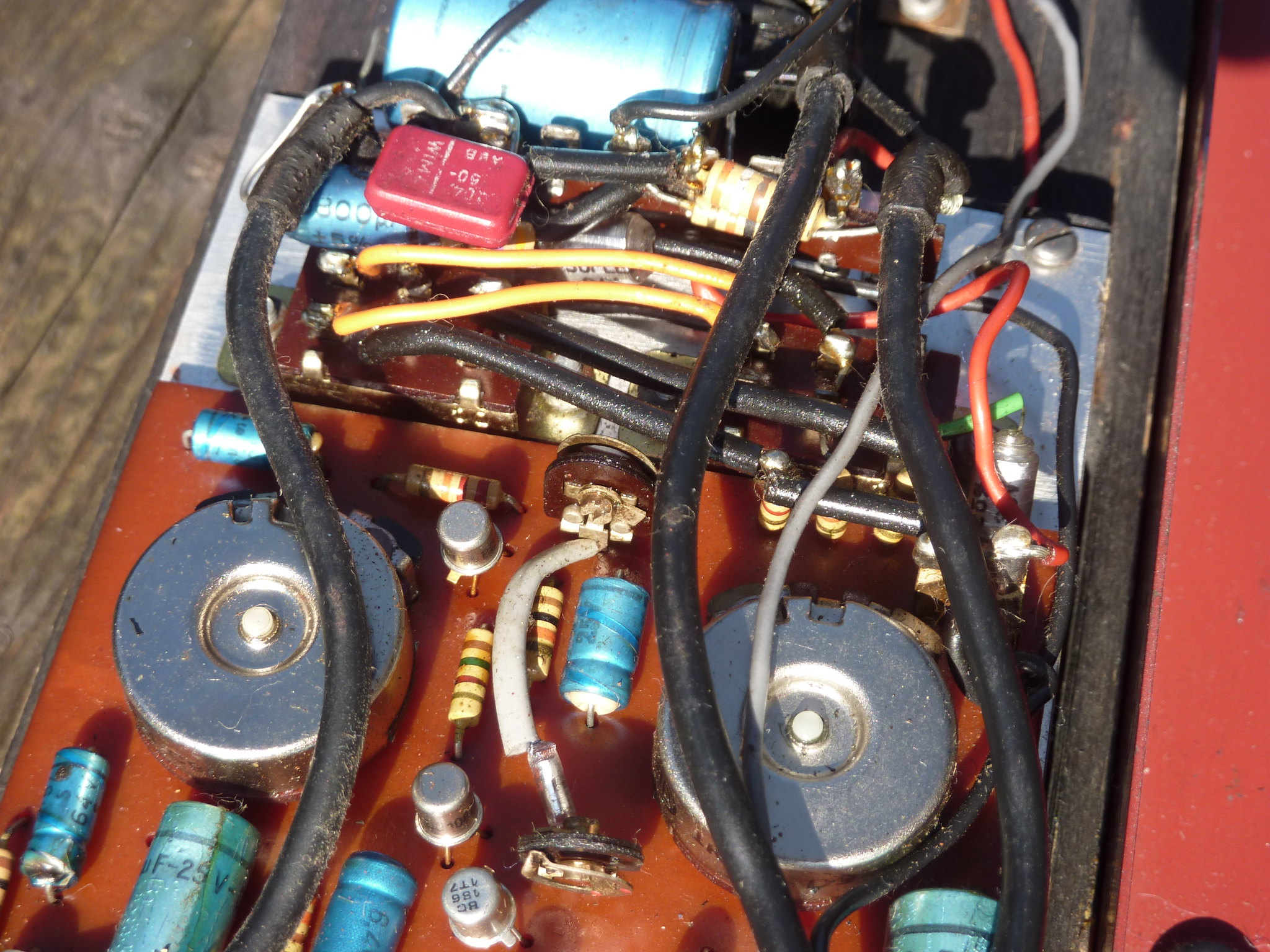 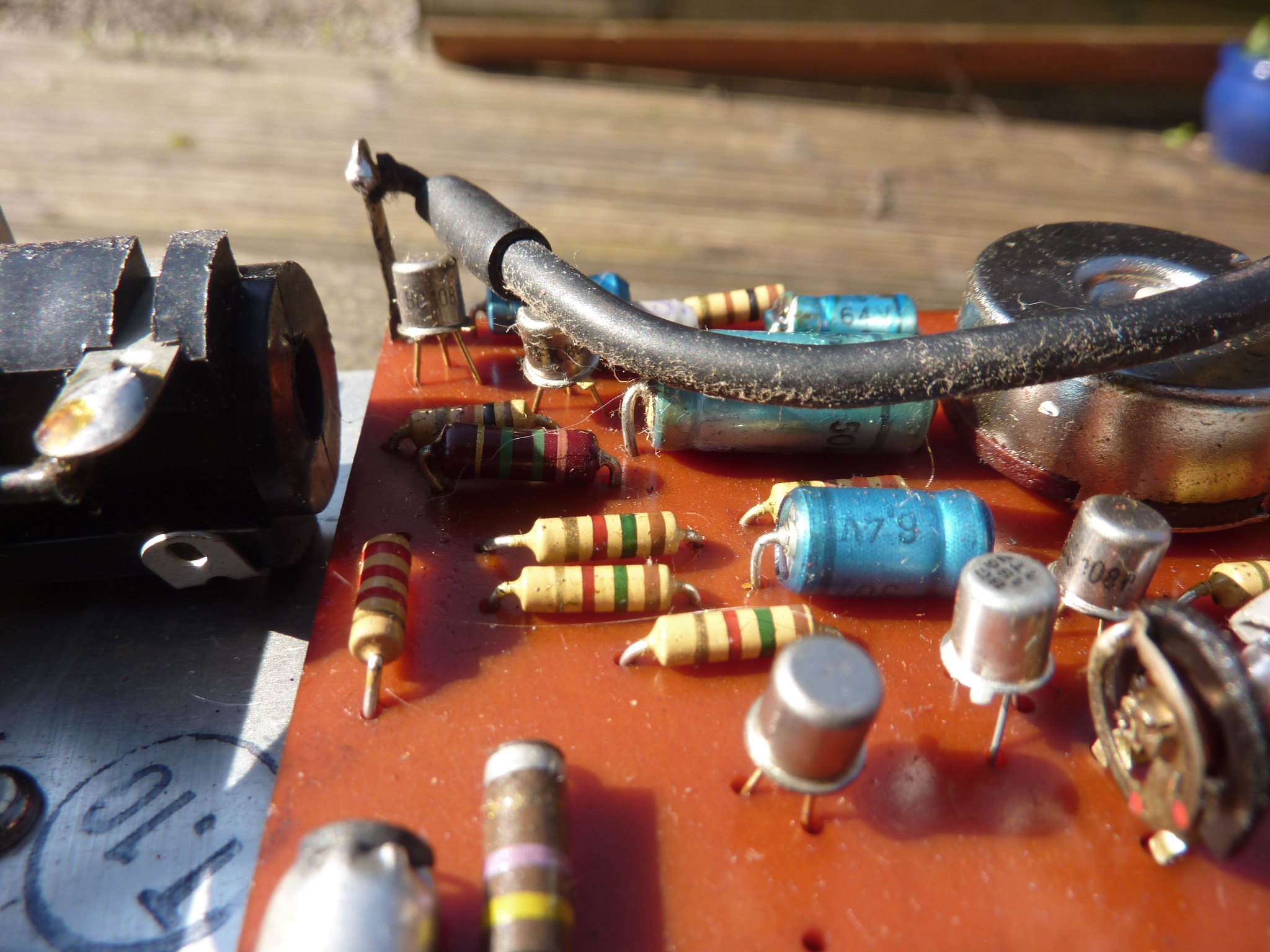 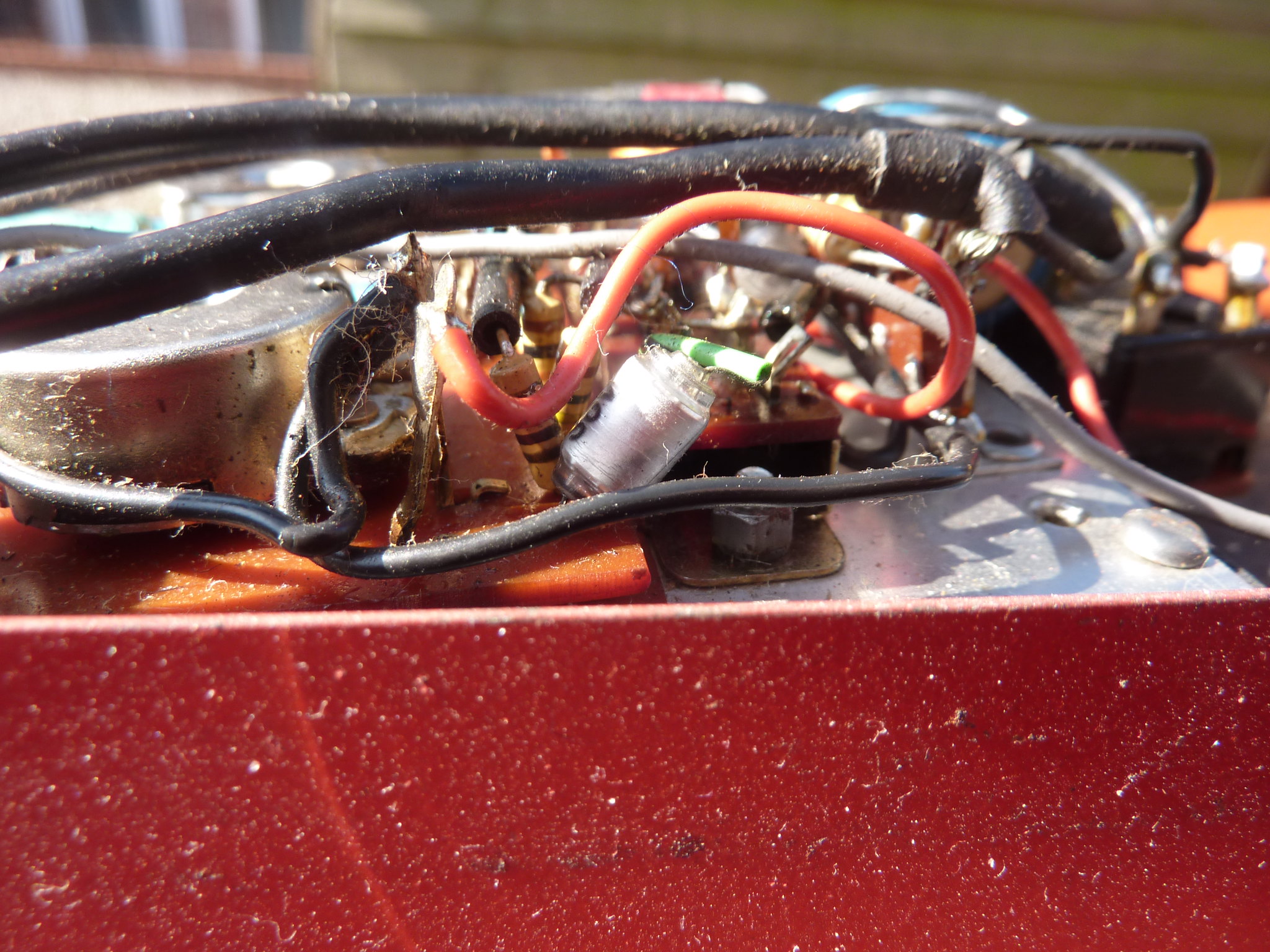 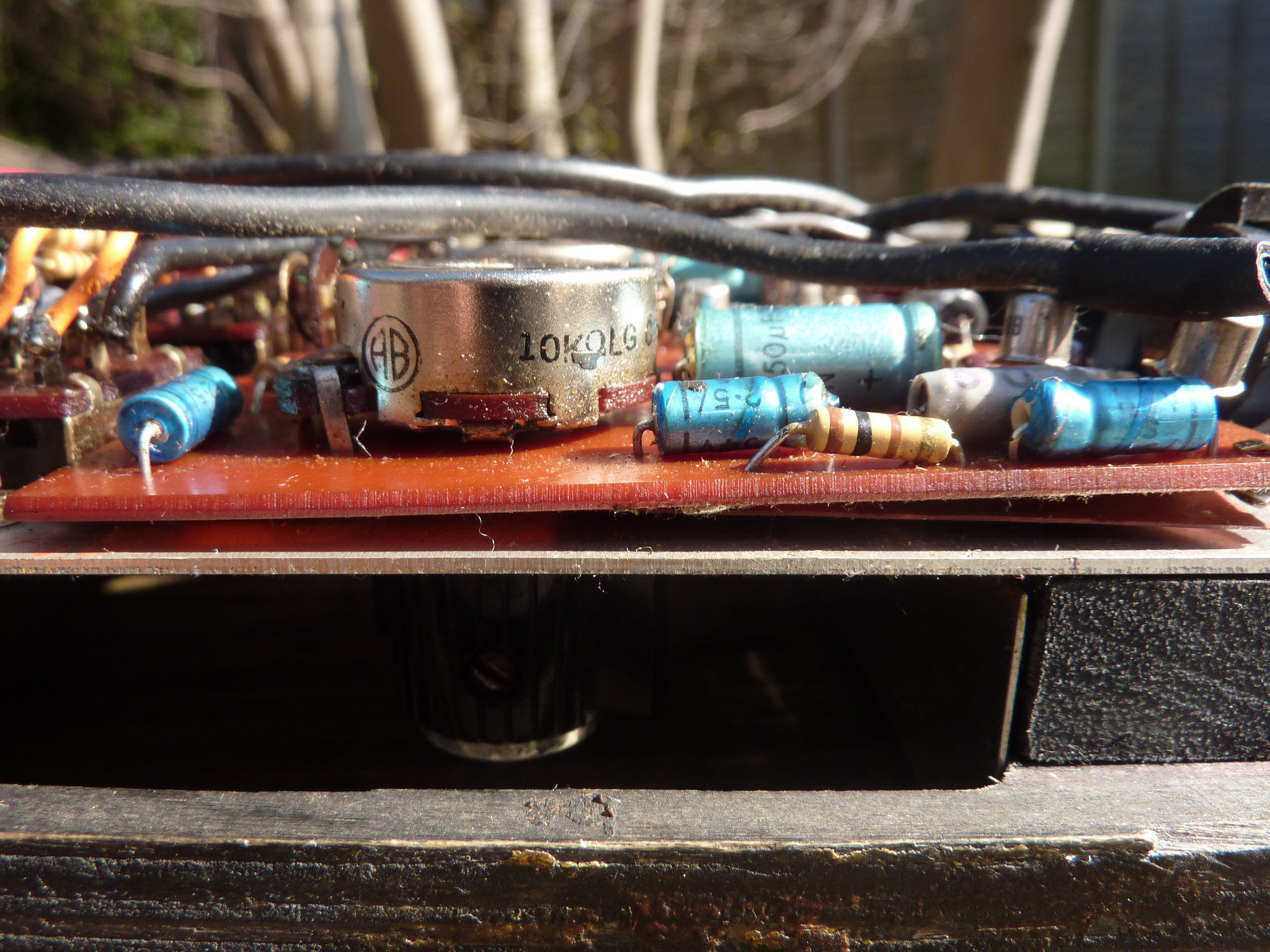 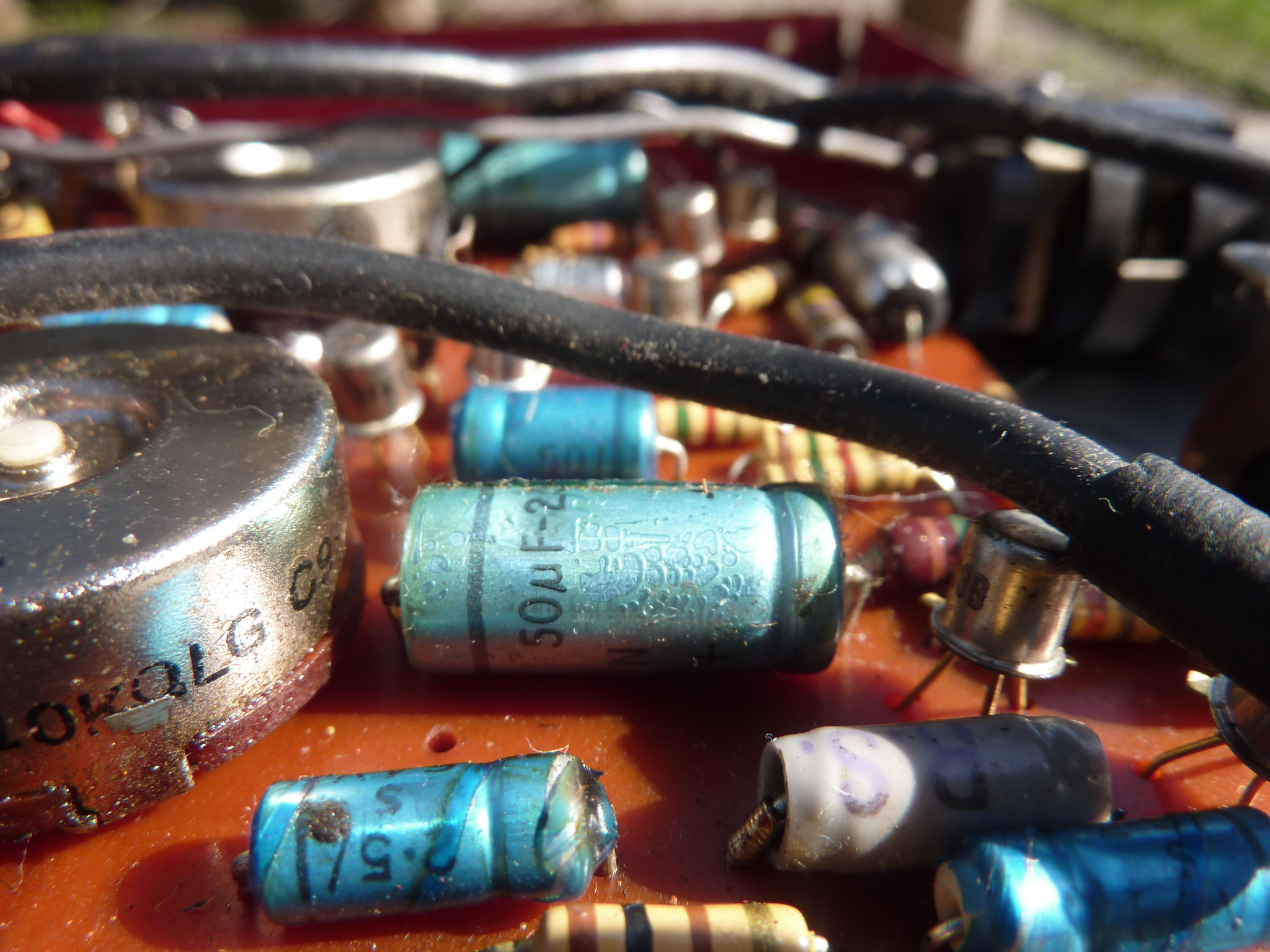 I wonder if the first digit of the serial number stands for the year it was made, or the employee who made it
Top

Cool as fuck!
Pinstripedclips I The Moons of Mercury I The Brian Jones Resource
Top

on a roll man, awesome stuff

What do you mean about Sola Sound copying the Buzzaround? Did I miss something?
Great deals with: Stu, Graham, Sickle, Devnulljp, SteveG, peps1, paine, fuzzface6669, jetofuj, sciencefriction, jerms
Top

Users browsing this forum: No registered users and 4 guests