Post sounds and videos of bands you dig on, even your own.

See, I knew this thread would be a win. Love everything so far.
Pretty much every Tony Joe White track should be here but I'll go with "Stud Spider". Dude's Boomerang "Whomper Stomper" gets me every time.

Phil Upchurch. Just an amazing player. He's all over the Muddy Waters/Howlin' Wolf "hippy" records on Chess ("Electric Mud" and "The Howlin' Wolf Album") but his playing on "Meet 'Mississippi' Charles Bevel" - a great record that's never been released on CD - is so goddamn expressive it kills me. Whole album is great, but this song, "Porcupine Meat", is a perfect taster:

"Making a Decision", off the same album, is equally awesome:

Lee Moses. I've posted his version of "Hey Joe" before, but this is another good example of his skill. Whether he's playing lead or rhythm, his wah always has the funk.

No idea who this is, but he's awesome. Title track from Junior Parker's 1971 album "Love Ain't Nothin' But a Business Goin' On". Whoever he is, his playing on the whole album is incredible. I've never been able to find a credit.

Bryn Haworth with Les Fleur de Lys, "One Girl City". Just love the tone on this one. Love his playing in general.

Russell DaShiell on this Norman Greenbaum ode to hashish and sitars, "Tars of India". The wah just sits perfectly with the song.

Leo Nocentelli of the Meters. Like Phil Upchurch, where do you start? The guy is fucking phenomenal. Here's "Just Kissed My Baby" and "Ain't No Use", both from "Rejuvenation".

has to be done

HorseyBoy wrote: No idea who this is, but he's awesome. Title track from Junior Parker's 1971 album "Love Ain't Nothin' But a Business Goin' On". Whoever he is, his playing on the whole album is incredible. I've never been able to find a credit.

That whole Junior Parker Album is a gem, his Taxman cover is my so good.

That should have been posted first in this tread

Anyway, Hendrix is my all time favorite.
Instagram:@Stonefly_effects

The idea is to put a pick in one hand and a guitar in the other and with a tiny movement rule the world.>David Fair
Top 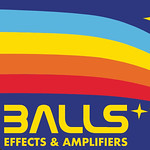 From an autobiographical standpoint, its forum member Freed killing it in the early 2000s: