Bug Boards
I plan to get these wired up this weekend. Pics to come. 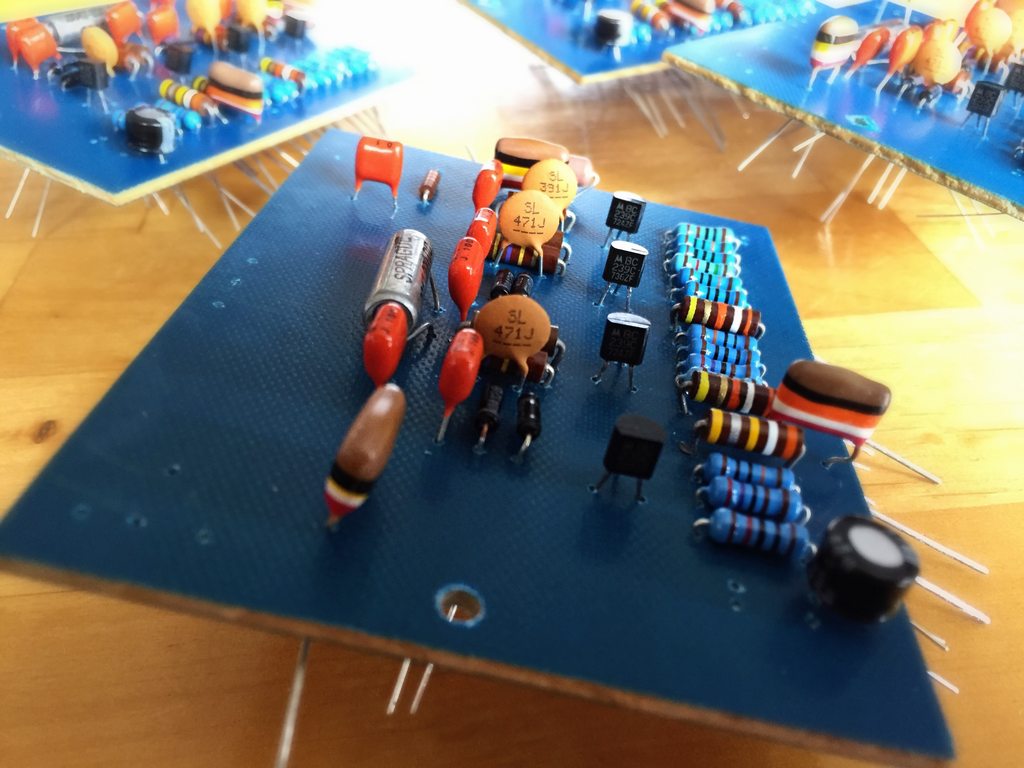 This batch is all spoken for, and thank you to everyone for the feedback and interest!
Top

Quick nerd question if you'd indulge me - how do the OPA128 stack up to the usual 4148 diodes in a Muff?
Be prepared and be honest.
Top

jagermonster wrote:Quick nerd question if you'd indulge me - how do the OPA128 stack up to the usual 4148 diodes in a Muff?

FV is close - 4148 is around .7V, these OA128s are pretty consistently .72V, some down around .7.
Sound-wise, it’s subjective but I like the OAs better. Most of my listening / comparing with these vs other Si diodes was actually done during my Brass Bell builds, and I preferred them when breadboarding. With the Bug Bear I did an A/B between two small box protos and while there are other variables both builds were as close to identical as I’m capable of save for the diodes. (4148 vs OA)

To my ears, the OA were less fizzy. Other dudes will say I’m high or just adjust the filtering or ____.
Really I just like them better because they’re black. Black sounds heavier.
Top

Bitchin. Thanks!
Be prepared and be honest.
Top

PM is being strange. I'm not sure if PMs I've sent were successful, as they show in my "Outbox" after I've tried to send them.
If the following DAMites could please email me at monolithfuzz@gmail.com that would be awesome.

They show in your outbox until the person reads them

innerflight wrote:They show in your outbox until the person reads them

I’ll figure this Innerweb shit out some day.